It’s a yearly event now, the coming out of a new book in Briggs’ Mercy Thompson series. Each March a new installment hits the shelves, and I am fairly sure , after reading the tenth book, that it won’t end too soon. Assigning only the ulterior, financial motivation to the author would be unfair. I’m absolutely sure that it would be incredibly difficult to part with characters as likeable, vibrant and alive as hers. There’s always another story to be told, another angle to explore… And yet, and yet, maybe it’s time to say goodbye.

Ten books is no mean thing. These are not doorstops in style of Czajkowski or Erikson, or let alone Martin who publishes each new installment of Game of Thrones in two parts, because otherwise the binding wouldn’t hold… These are urban fantasy books, three hundred odd pages long and no more. Still, ten books about essentially one character is a lot. And if you don’t have an overarching plot, spanning more than a couple of books, unfolding slowly in the background of the main action – like in Dresden books, to keep the example from the UF field – pretty soon you may find yourself without anything important to say.

END_OF_DOCUMENT_TOKEN_TO_BE_REPLACED

After Seveneves, a book admittedly on the heavy side of the genre spectrum, both in literal and metaphoric sense, I wanted something lighter and unassuming, a comeback of sorts to typical urban fantasy. In short, I wanted a bit of easy entertainment ;).

So it’s not entirely The Invisible Library’s fault that I got what I wished for – and I wasn’t happy about it, not a bit.

But to the point. The Invisible Library is the first installment in the Invisible Library series (3 books total now). The novels are fairly popular, with solid reviews and good opinions of readers. It’s an urban fantasy with a twist – the “urban” part being Victorian, and the twist being the titular Invisible Library, a place intended to hold all books of all worlds, and their countless variations appearing in the thousands of possible realities. To sum it up, the keywords list would look something like this: urban fantasy, YA, parallel universes, steampunk, mystery, books.

END_OF_DOCUMENT_TOKEN_TO_BE_REPLACED

I’m a bit tired of Urban Fantasy. A few years ago, tired with Epic Fantasy, I picked up Patricia Briggs’ Mercy Thompson series and it was the start of my flirt with this particular subgenre. Now my focus is on different stuff, but I’m still following a few authors (Jim Butcher! Publish some Dresden novels! It’s been years!!). And sometimes something new, or at least previously unknown to me, comes my way.

The Devil You Know by Mike Carey is not exactly new, having been published in 2006, but somehow escaped my notice until recently, when, in despair, I was searching for some Urban Fantasy that would not border on paranormal romance. I don’t really want to read much more about magnetic effect overly muscular wolf-men have on women.

END_OF_DOCUMENT_TOKEN_TO_BE_REPLACED 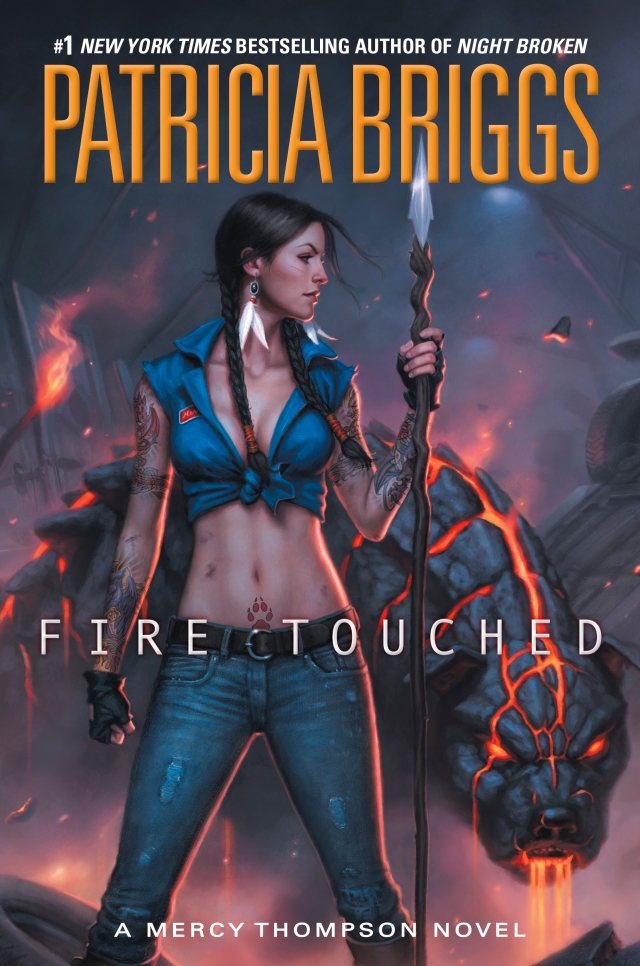 The newest installment in the Mercy Thompson series, Fire Touched, had hit the shelves mid-March. It’s the ninth book in a series that originally was supposed to have only eight installments, and currently is planned to end after ten, but seeing the popularity of Mercy’s adventures it’s rather probable that it will be longer. Much longer.

The series about Mercy Thompson is the most popular – and most beloved by fans – of Briggs’ works, and for a couple of reasons. One of them can be found here ;). The other is that Mercy Thompson series is a successful combination of very good worldbuilding, likeable, intriguing and psychologically believable characters, adventure, romance and a bit of politics. The creation of characters in Mercy’s world is indeed Briggs’ strong suit: from the main heroine, Mercy, a typical underdog, through the werewolves: Adam, Bran, Samuel and the rest (and I need to put Ben and Honey here ;)), to the fae and the vampires, and even to the local police or various federal agents. The same can be said for the convoluted, realistically drawn relationships which bind the lot of them together, setting them apart or against each other, forcing them to take a side. This is what I read those books for: to see how Mercy will get in trouble, and what will she do – and all the people (and non-people) around her – when she gets in there.

END_OF_DOCUMENT_TOKEN_TO_BE_REPLACED

WARNING! Inappropriate words were used to create this review. A few of them. If you worry about stuff like that, do no read it. And, for f*k’s sake, keep away from the book, it’s waay worse in that regard.

One of my favourite Angry Robot covers. And a book that didn’t convince me.

Seriously though, covers of the series are great:

Urban fantasy with protagonist named Miriam, anti-heroine cursed with magical power of being able to accurately predict both time and circumstances of death of anybody she touches. This turned her into a cynical vulture robbing freshly deceased for living. She swears a lot, drinks even more, engages in risky dalliances and generally tries hard to be as unpleasant and annoying as possible. And my God is she saucy…

Ashley: You are one crafty little cunt, aren’t you?
Miriam: Nice. You go down on your mother with that mouth?