As Halloween is coming, and with it all things magical and scary, it’s high time for some Samhain-related content! Lizzie at lizzierosswriter.com and Chris at Calmgrove were so kind to invite us to participate in a yearly blogging event, Witch Week – many thanks to both of you! This year the event runs from 30th October to 6th November and thus, besides Halloween, includes also Guy Fawkes Day :).

This year’s theme is Fantasy and Feminism, and we at Re-enchantment decided that it’s a wonderful opportunity to take a closer look at the female characters in the world of Witcher. As you know, we’re both fans of Sapkowski’s saga, and we’re eagerly awaiting Netflix’s adaptation of his books to the small screen, hoping it to be more along the lines of HBO’s The Game of Thrones or the universally acclaimed games than the previous, horrible Polish adaptation.

Cool posts will be appearing throughout the week on both Chris’s and Lizzie’s sites, so don’t forget to visit 🙂 Our own discussion is scheduled to appear on November 2nd, and will be re-posted here on Re-enchantment a few days later in a director’s cut 😉 It shouldn’t come as a surprise, really, that our post was originally too long to appear in its entirety during the Witch Week event – we always write loooooooooong posts, especially the results of our discussions are lengthy, as each of us wants to have the last word 😉 But if after Witch Week you still are interested in the full effects of our collaboration, you’ll be able to read them here :). 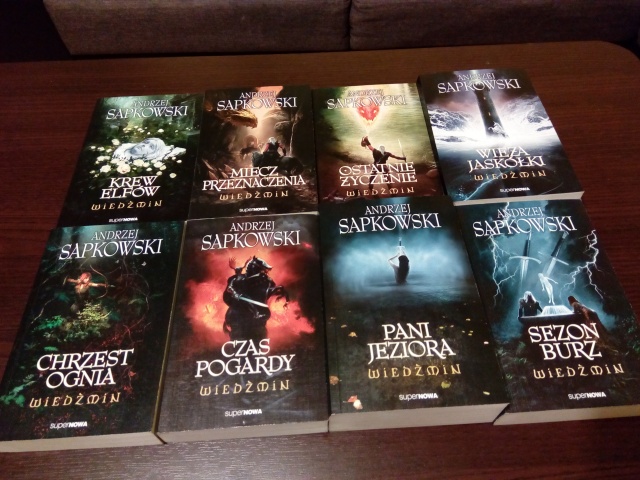 Piotrek: But before it gets so-so, it is great. I’d like to mention three areas where I believe Witcher shines.

First – elves. And dwarves, I guess. Also, gnomes and halflings, but in less detail. Some of the best versions of classic fantasy races. Not as otherworldly as various insect races of Czajkowski. Way more down to earth than Tolkien’s original versions. Grounded in deep history that we only glimpse at in the books. Very human, that’s true, in many ways, but distinct enough from their homo sapiens conquerors thanks to their old culture and longevity. Persecuted, diminished, morally as complex as everything in Sapkowski’s universe. Often cruel and vengeful, when given a chance. Psychologically much more realistic than elves of Middle-Earth (which does not make me feel less of Tolkien, of course, we are talking about books written in totally different cadence). Dwarves are shorter, even more cynical, expectedly coarse and just as complex.

Second – politics. Realpolitik, necessary sacrifices, ruthless negotiations, hard alliances, betrayals. With wizards. A world where everybody wants to be Machiavelli. And with mages and elves living for centuries, some of the schemes get really complicated. The decorations are deeply rooted in Europe of Middle Ages, with strong – and quite realistic – addition of magic, but the truths about politics are timeless. Everybody can be outplayed, few loyalties last, the most benevolent (if paternalistic) plans lead to disastrous consequences.

END_OF_DOCUMENT_TOKEN_TO_BE_REPLACED

Piotrek: Wiedźmin. THE Polish fantasy series, the only one famous enough to break from the genre ghetto and into genuine literature. Well, for the most part, hardcore old-timers refused to acknowledge that anything genre can be worth their attention… losers. Anyway, wiedźmin (“Witcher” in Polish) Geralt of Rivia became famous soon after the first short story was published, and kept the attention of domestic fantasy enthusiast until the final instalment of the saga arrived in Polish bookshops in 1999. It was translated into several, mostly central-European, languages and became quite popular throughout the region. Wiedźmin inspired a disastrous cinematic adaptation, a slightly better (as some people claim, myself I don’t like it at all) comic and, finally, a video game. One of the best video games ever, but let’s concentrate on the books for now. 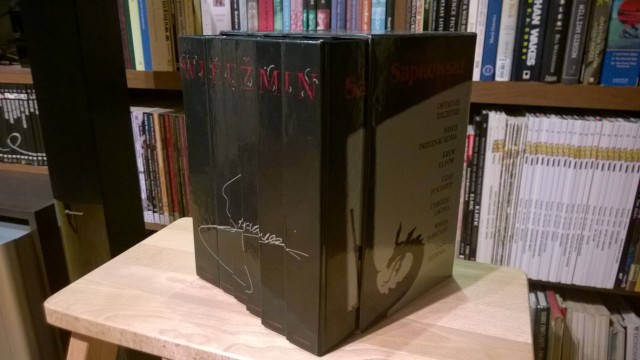 Ola: Yeah, let’s ;). I haven’t played a single minute in any of them, and though all I hear around is praise, I’m just… not into computer games, I guess. That’s probably a serious blow to my nerdy cred, but heck. The only computer game I ever enjoyed was Worms… Oh, and that one where with the use of a mouse, a piece of line, a bottle and a plank you had to build a working machine ;).

END_OF_DOCUMENT_TOKEN_TO_BE_REPLACED

So it’s ended. The great Witcher re-read and 200+ hours gameplay of Witcher: The Wild Hunt and both major DLCs. And now – what to do? I got my life back and it’s just not as fascinating as the game. Even the trees outside, they’re not as bright and beautiful as in-game ones. Huh.

Now I guess I have to start playing Dragon Age: Inquisition 😀

And read books I could review.

Also, Dr Strange hit cinemas, Luke Cage is on Netflix, and yearly Book Fair opens in Krakow tomorrow. So, not all is bad. And all these are topics for blog posts.

END_OF_DOCUMENT_TOKEN_TO_BE_REPLACED

I’ve been playing Witcher 3 for a month now, with a hundred hours or so clocked in, and simultaneously I started reading the saga again. Two volumes of short stories, arguably the best part, and now I’m in a forth novel, with one more to go. Than another short story volume published recently, and a couple stories from Maladie collection (now wholly about Geralt and his world).

The whole series, probably in its finite form by now, goes as follows:

and Something Ends, Something Begins/Maladie anthology that includes some Witcher stories.

1-6 are published in English by now, with 7 to follow in 2017, and I can only assume the rest later on, it seems to have some popularity, at least among numerous fans of the game. Knowing the books changes one’s perspective on certain game events, I can tell you that. Forums are full of people changing their loyalties and swearing to re-play to aim for different outcome. 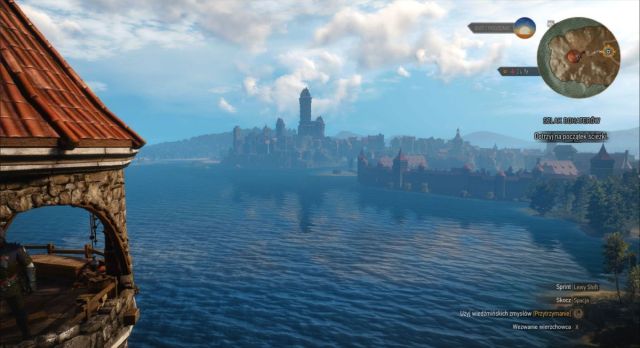