Title: Chasing Alexander: A Marine’s Journey Across Iraq and Afghanistan

Christopher Martin is a US Marine veteran who served in Iraq and Afghanistan during the War on Terror, between 2007 and 2011. His war memoir, Chasing Alexander, is both like and unlike other War on Terror non fiction I’ve read, and I’ve read a lot; the similarities are obvious, and heartbreaking, while the disparities are what makes this book unique.

Firstly, there is a matter of style. I’m pretty sure Martin did his required reading, as his book bears more than a passing resemblance to Hasford’s The Short Timers and yet still retains a bit of the wide-eyed American idealism of West’s The Snake Eaters. It’s clear Martin wanted to write his own book – and in this, he succeeded. The style of Chasing Alexander is simple and direct, and reads very much like a student’s report: an honest, open account of how it was – or, more precisely, how Martin thought it was. And I mean it as a compliment. Many of these new war memoirs are becoming masks; tools, if you will, tailored for the author’s purposes. A common trajectory for modern veterans is to go into business and management after the time in the military; a book doesn’t hurt your chances at an executive position.

END_OF_DOCUMENT_TOKEN_TO_BE_REPLACED

It’s been over a week since we all saw the final episode of the TV series of the decade, and we had time enough to calmly discuss how we feel about it. We’re not too impressed by the last season, but mostly happy with how the story ended. What resulted from that is a short, story-focused two-shot.

Piotrek: Season 8 has some fans, but it’s been widely criticized, not only on the social media and genre pages, but also in such venerable papers as The Guardian and Polityka. There’s a petition on change.org, with 1.5 million supporters, to remake the entire season! And even if I’m not ready to go that far, I’m not happy with these 6 episodes. The Benioff/Weiss duo stumbled when they had no more source material to refer to, and now they simply failed. Good things were inherited from earlier years, or clearly part of the general outline they got years ago from GRRM, but how did they go to the endpoint? With a story clearly rushed, full of plot-holes and characters going against their nature.

Wimpy Jon, foolish Tyrion, passive Cersei… Dany suddenly losing her mind just because that’s what was needed for the final confrontation. GoT stopped developing organically, around its many strong protagonists, and started running a short hurdle race, to quickly tick off all the major plot points.

Ola: Agreed. Benioff and Weiss knew their destination, but not the road to it. They chose too many shortcuts along the way, and even though I can relate to the problems of such a big and lengthy production, spanning a decade, and I understand why the mechanisms of group thinking might have entered into this situation, so bound up in secrecy and the necessity to keep the story development to a very limited team of people, I still think it all had a detrimental effect which could have been easily avoided.

END_OF_DOCUMENT_TOKEN_TO_BE_REPLACED

George R. R. Martin… whether he finishes Song of Ice and Fire or not, his series gave me a few good moments and changed the way I look at epic fantasy. It was, at times, a painful experience, and the Red Wedding made me very, very angry. Years later, watching Arya in the opening episode of season seven, I got my revenge… I’m not really that bitter about the delays, I don’t think final instalments could reach the level of books 1-3, anyway. I’ll read them, I’ll get hardcovers to match my copies of the previous ones, but I’m philosophical about it. I even agree with Gaiman that Martin is not my bitch (there is also a song).

END_OF_DOCUMENT_TOKEN_TO_BE_REPLACED

A collection of three novellas that are not what you’d expect from Martin. I’ve never read anything by his co-author here, Lisa Tuttle, and maybe that’s why I was very surprised by the book. I constantly re-checked the front cover to make sure it’s Martin on it and not Ursula Le Guin 😉 After that I’ve read that Tuttle wrote a book with straightforward title Encyclopedia of Feminism and the world made sense again. I don’t want to imply it’s not a good book, I love Le Guin and feminist is not an insult in my vocabulary. But it’s no Game of Thrones, in small scale political conflicts we encounter here hardly anybody dies and the reader is left feeling nostalgic, but optimistic about human nature. 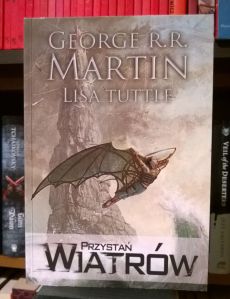 END_OF_DOCUMENT_TOKEN_TO_BE_REPLACED

Second game, third game post, after that – I’ll stop. For a while, at least. Next week it’s back to books, I promise.

A Game of Thrones: The Boardgame is one of my favourites. Another genre franchise that everybody at least recognizes, but the game itself is completely different than last week’s Battlestar: Galactica. It’s one of the backstabbing games Henry Kissinger could enjoy. I did, immensely, dozens of times. 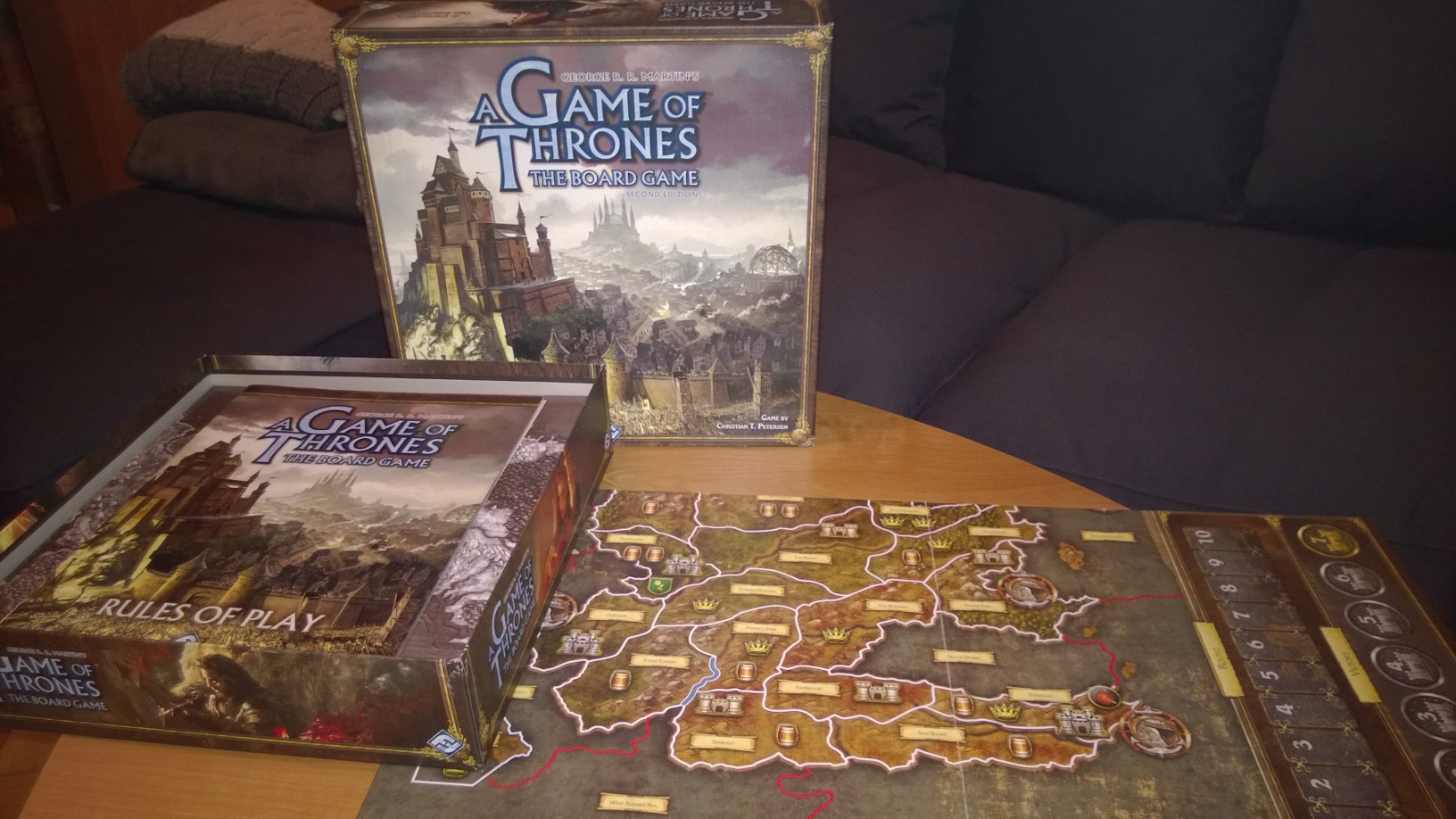 When you play a game of thrones you win or you die.