We’ve been doing many TAGs recently, but we found it’s a nice way to collaboratively write something fun quickly 😉 We still have a few we wanna do, this time – it’s the Real Neat Blog Award – many thanks to Lashaan of Bookidote for the nomination! We will be using his set of questions, so remember – there are no stupid questions, and answers are our sole responsibility 🙂

1. If you could do something better than you’re already doing right now, what would it be?

Piotrek: Organizing my time. I don’t have too much to do, just a bit more than I used to – and there goes good bit of my reading time, and, sadly, most of my blogging time. Less politics, less FB, better concentration – should help, if I find the willpower 😉

Ola: Surfing. Achieving zen-like peacefulness in the middle of the week. Watercolor painting. I could go on and on, but that’s enough work for now 😀 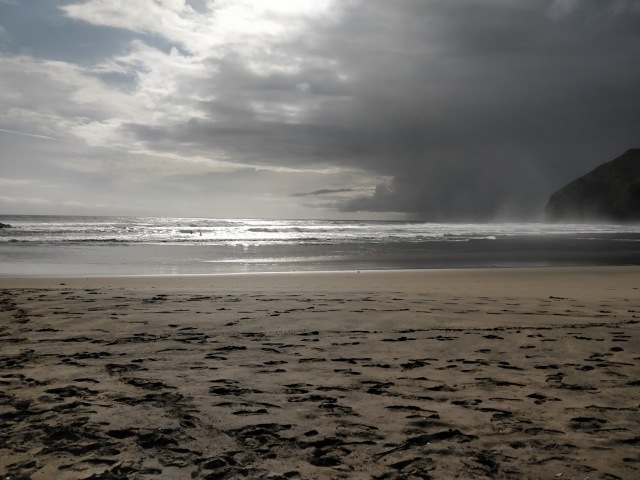 END_OF_DOCUMENT_TOKEN_TO_BE_REPLACED

Our second Wyrd & Wonder tag 🙂 We decided to go crazy, and there were a few we wanted to do for quite a while…

A fictional world that you would like to tour

Piotrek: Middle Earth. There are many fascinating universes in the world of fantasy, but this is the one that started it all, the Amber of fantasy realms. I want to walk in Lorien, rest in Rivendell, climb… well, not necessarily Caradhras in winter, but perhaps Erebor, if Smaug isn’t around? Yes, one of the rare peaceful moments would be perfect for an extended tour. It already is one of my special places, although only ever visited in imagination. 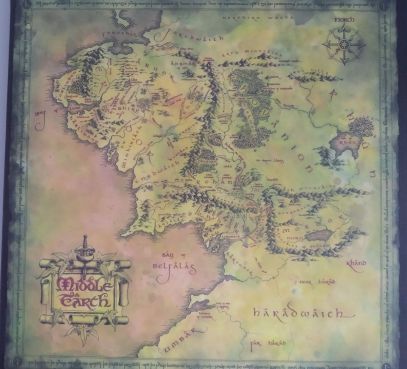 As I am already in the Earth-equivalent of Middle Earth, the fictional world I’d like to visit the most would be Amber – the pattern-world of fantasy worlds created by Roger Zelazny. Though in truth it’s a cheating answer – because from there I could get (more or less) easily to other worlds: Terry Pratchett’s Discworld, Robin Hobb’s Realm of Elderlings, Neal Stephenson’s Arbre from his absolutely mind-blowing Anathem (the review of which will come soon!), Ursula Le Guin’s Earthsea, Glen Cook’s world of the Black Company (but I’d only go there if I had a guarantee I would come back, even the mythical Khatovar doesn’t strike me as a good place to live), Iain Banks’s utopian Culture worlds and Neal Asher’s Polity, and so many others!

END_OF_DOCUMENT_TOKEN_TO_BE_REPLACED

One of the high points of the recent Witch Week was a discussion on Ursula Le Guin’s The Other Wind, the final Earthsea book. Inspired beyond our contribution to the comment section there, we decided to post this special two-shot review. Warning – there will be spoilers, there’s no point in avoiding that. This is a short novel, if you liked the previous ones, read it. If not, you will not like it, we promise…

Prószyński i S-ka published one of the beautiful editions of the Earthsea, with one weak point – lack of illustrations. Saga Press (Gollancz in UK and I have this version) published the ultimate illustrated edition, with great art by Charles Vess.

Piotrek: I love Le Guin and I consider her to be one of the giants of the genre, quite close to Tolkien on my personal Olympus. I was happy to re-read the final book before the Witch Week – originally I wanted to re-read the entire cycle, but I only found time to read Wizard and this. To my astonishment I realised I’ve never read The Other Wind before! Why? It was published in 2001, Polish translation in 2003, after my last re-read of the Earthsea. Between then and now I’ve read a few of the Hainish novels, Malafrena, and some other one-shots and short stories, even her poems, but I somehow missed The Other Wind. It was a great joy to read it now, as I really find it a worthy conclusion of the cycle and a very good read in its own rights. Some of the loose ends come together, some stories end, Le Guin neatly ties up the world we revisit for the last time (in a novel format).

Ola: I’ve read The Other Wind before – but as a much younger person 😉 It defied my expectations then; not that I thought Ged’s retirement to be a punishment, as some of the readers apparently believed, according to Le Guin – but his drastic (to my 15 years younger self, at least) change of role and status – as well as the limited amount of space he took in the book – was a definite surprise. This time I see much more clearly how deftly Le Guin altered his role from the original hero to the wise man and mentor aiding a new hero on his new journey, still keeping Ged within the heroic cycle. The cyclical nature of life is, after all, one of the main themes of the novel.

END_OF_DOCUMENT_TOKEN_TO_BE_REPLACED

Ola: One of the best fantasy and science fiction writers ever, although she didn’t like that label and preferred to be called a novelist and a poet. A daughter of the famous cultural anthropologist, Alfred Kroeber, who documented the vanishing lifestyles of West Coast Native Americans, Le Guin always put the focus of her novels on people and their varied ways of living.

As she said in an interview with John Wray in 2013 for The Paris Review,

The “hard”–science fiction writers dismiss everything except, well, physics, astronomy, and maybe chemistry. Biology, sociology, anthropology—that’s not science to them, that’s soft stuff. They’re not that interested in what human beings do, really. But I am. I draw on the social sciences a great deal. I get a lot of ideas from them, particularly from anthropology. When I create another planet, another world, with a society on it, I try to hint at the complexity of the society I’m creating, instead of just referring to an empire or something like that.

Piotrek: She was the social scientist’s fantasy writer, just as Tolkien was an heir to the rich tradition of philology and traditional study of myths. Politically not neutral, never shying away from important issues of race, feminism and other forms of inequality. Full of passion, but also smart and well-read in theory. Wise and compassionate.

In literary disputes, she was a staunch defender of what we call genre fiction. I’ve mentioned it before, but let me quote from her Guardian interview from 2016:

Realism is a genre – a very rich one, that gave us and continue to give us lots of great fiction. But by making that one genre the standard of quality, by limiting literature to it, we were leaving too much serious writing out of serious consideration

She wrote reviews for Guardian, including one of Gaiman’s Norse Mythology, and she was harsher than Ola!

END_OF_DOCUMENT_TOKEN_TO_BE_REPLACED

We’ve been talking about changes on our blog for a while now – and here’s one of them :). I plan to post some of my graphic art and photographs here – mostly illustrations to the books I’ve read or art inspired by my reading choices. I’ll try to bring something new to this space now and then, but I don’t promise to be very organized about it. Enjoy!

Ged and his Shadow. © A. Gruszczyk