Title: The Trouble with Peace

Series: The Age of Madness #2

The Trouble with Peace is the second installment in Abercrombie newest trilogy, The Age of Madness – playing out approximately two decades after The First Law trilogy in the Circle of the World. I’ve read the first installment, A Little Hatred, back in 2019 – but never gotten around to reviewing it. Suffice to say, it was pretty good: slicker and sharper and funnier than The First Law, with the added benefit of hosting a less likeable crew of protagonist – which, in Abercrombie’s books, is actually a real benefit, as most of them will most probably meet their gory, humiliating and depressing ends long before the trilogy’s conclusion. I rated A Little Hatred 8/10; and I’m happy to say The Trouble with Peace is even better.

The First Law trilogy was written with the ingenious leading thought of “What if Merlin was evil?” The Age of Madness continues to build up on it and I’m very encouraged by the signs of an equally pitiless Nimue in sight. But most importantly, with his Age of Madness series Joe Abercrombie seems to be stepping into Sir Terry Pratchett’s shoes – if (and that’s a big if) Pratchett were cynical to the core, ruthless, and constantly angry. Sure, at the moment these shoes are still way too big, and at times clearly uncomfortable, but I’m pretty certain Abercrombie will grow up to fit them quite well.

END_OF_DOCUMENT_TOKEN_TO_BE_REPLACED 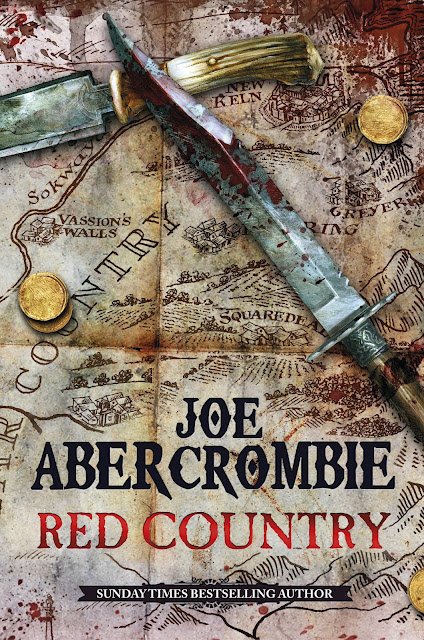 Abercrombie’s Red Country is in many aspects a continuation of the First Law Trilogy, the review of which was incidentally one of our first Two-shots. After all, Logen Ninefingers, known in the North as Bloody-Nine, is one of the main protagonists of this bloody fantasy western. And if that comes as a spoiler… Well, it’s on the back of the freaking cover, so we don’t count it as a spoiler – though probably some of the book characters would disagree 😀

In many other aspects, however, it’s as standalone as Abercrombie’s novels go: it takes place in a fundamentally different part of the First Law world, on the very frontier of the Western continent, Far Country. This part of the world is no more peaceful than Angland or Styria: torn by gold fever, hostile encounters with elusive aboriginal people called Ghosts, and inhabited by the shattered dreams of people who ran away from their past, hoping for a new opening, Far Country only seems serene from far away. But its biggest selling point, especially for the Lamb, was the pronounced lack of Bayaz.

END_OF_DOCUMENT_TOKEN_TO_BE_REPLACED 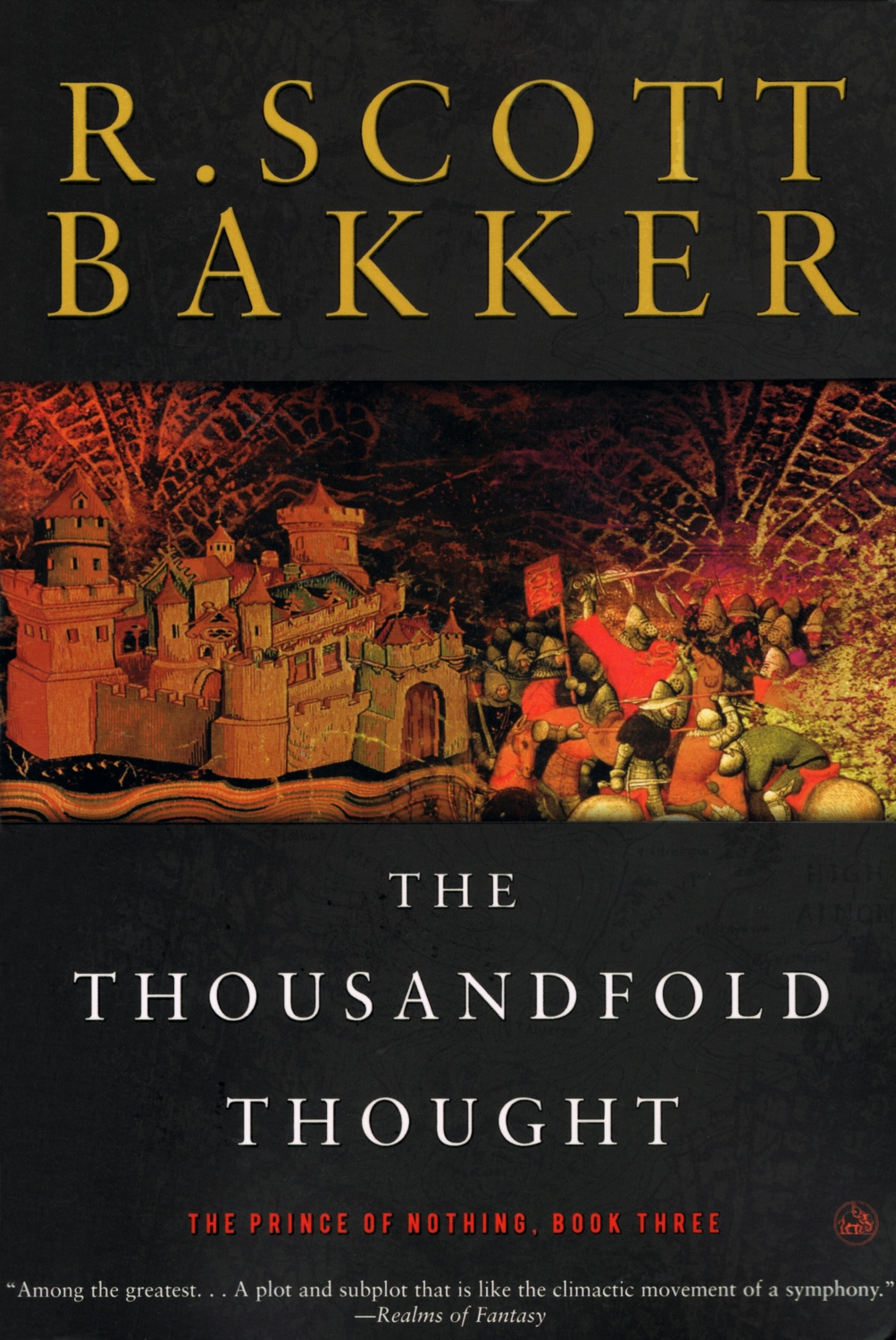 Long time, no see – vacation time is not inductive to writing, but gives lots of opportunities to read, even in the middle of an Internet-less wilderness :). I usually leave the thickest books for my vacation time, as only then I might be sure of reading them in full, and in reasonable time. For the summertime I also leave those books which I wouldn’t have read any other time – vacation makes me more bullshit-tolerant 😉

And that’s why one of my summer readings this year was the final installment in Bakker’s acclaimed trilogy The Prince of Nothing. I know, I have said before I won’t be reading The Thousandfold Thought anytime soon, too irritated with previous installments to care; while The Darkness That Comes Before was still readable, The Warrior Prophet was just awful. But I like to finish things, and that gutted carcass left on my metaphorical porch, to use the imagery borrowed from Bakker, begged to be cleaned up and buried for good.

END_OF_DOCUMENT_TOKEN_TO_BE_REPLACED

Piotrek: Two armies march to battle. Black Dow’s Northmen and three divisions of Lord Marshal Kroy’s Union soldiers. They meet and fight for three days, and 500 pages, upon a river, next to a small town of Osrung and a famous hill called The Heroes. 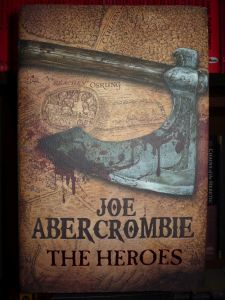 For a teenage me that would be the good parts distilled. Like what the little boy wanted to hear from his grandpa instead of all the talking and kissing and other boring stuff.

Oh no, no it isn’t. It’s a fighting book. But not about glorious adventures of dashing heroes. It’s about the blood and piss and human stupidity. With very little magic it’s basically a detailed depiction of a fictional battle between Vikings and an early Renaissance army getting medieval on each other.

Ola: Very much a fighting book; nothing less and nothing more. And it’s not even about a whole war, just about one, maybe not even the most important incident, of this war. It’s Abercrombie at his best, reveling in gore and misery, depicting the primitive, intimate and brutal human fighting in all its terrible glory.

END_OF_DOCUMENT_TOKEN_TO_BE_REPLACED

The Warrior Prophet is the second installment in Bakker’s well-known trilogy Prince of Nothing. The first book, The Darkness That Comes Before, brought about an intriguing world, closely mirroring early medieval Europe, particularly the First Crusade, but also imbued with many-flavored, dangerous magic as well as with a secret knowledge of a past Apocalypse.

The first installment, despite its numerous flaws detailed in my earlier review, had been promising enough to lure me into reading the second book. The first book in any trilogy is an opening. A statement, a brag, an invitation. It shouts loudly and clearly the intentions and ambitions of an author, but it is also, maybe even mainly, a promise. A promise of what will come after – after the game is set, the figures introduced and prepared for action, and the beginnings of all the plot strands are woven. It’s also a promise of getting ever better. The second book should fulfill that promise, leaving the readers yearning for more, waiting for a satisfying, all-encompassing conclusion of part three (at least in case of trilogy). Does The Warrior Prophet deliver on that promise?