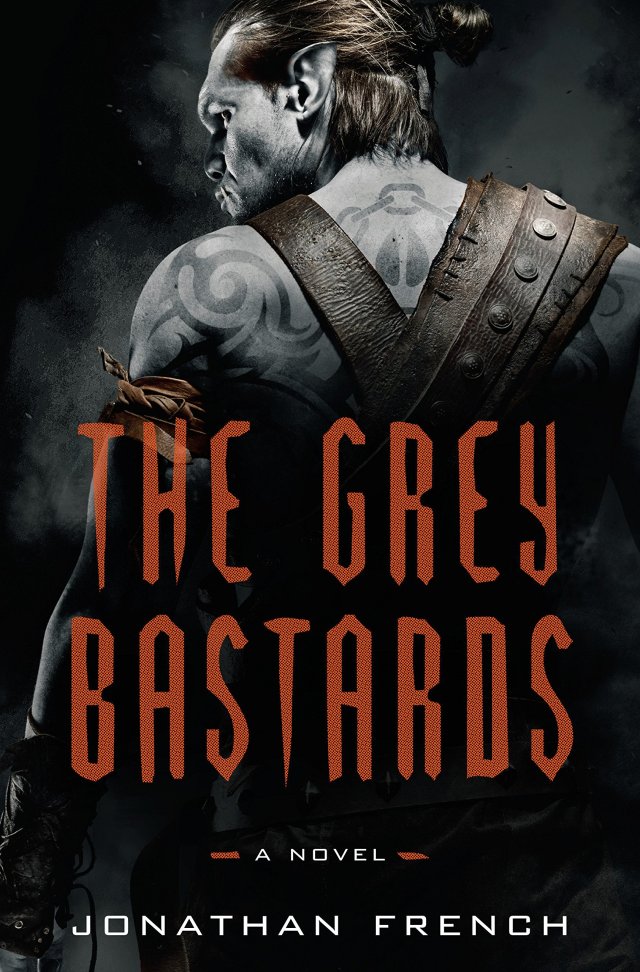 Title: A The Grey Bastards

The Grey Bastards, French’s first installment in the Lot Lands series and the winner of Mark Lawrence’s Self-Published Fantasy Blog Off 2016, has been steadily making its rounds around the blogosphere for a while, and became especially popular after the publication of the second installment, The True Bastards, earlier this year. The covers of both installments are really neat (I’d say “pretty” but somehow that word doesn’t seem to really fit fanged half-orcs) and give the reader a fair taste of the content. Which is, contrary to the expectations of some, less a story about nasty old pensioners, and more a curious mix of biker gang lore, bastardized Tolkien setting (well, I couldn’t resist) in a RPG-derived form, and some solid wordlbuilding.

The Lot Lands, previously called Ul-wundulas, are a domain ravaged and scarred by a war. The terrible orc Incursion into the greener and more fertile lands of the Hispartha kingdom a generation back had several unintended consequences: a swath of land between the kingdoms of humans and the domains of the orcs had been razed and destroyed, leaving it all but empty – a no-man’s land, vulnerable to another incursion and liable to start another war. In the wake of Incursion, the half-human, half-orc slaves of Hispartha had been freed and allotted a part of the empty lands, under the condition of protecting the border. Divided into several “hoofs”, a cross between a tribe, a warrior-group and a gang, they share the Lot Lands with insular and dangerous elves, unlucky and demoralized soldiers banished from Hispartha to the ungrateful task of manning the castilles along the border, religiously-minded Halflings defended by the world’s Tartars(!), called Unyars, blood-crazy centaurs, and Sludge Man – a dangerous demon inhabiting a fetid marsh and controlling moving masses of black, sticky goo.

Grey Bastards are one such hoof, consisting of several seasoned riders tasked with a double duty of patrolling the lands in the vicinity on the backs of great war hogs and with protecting a village of women and orphans which had symbiotically grown under their fortress. In this world, another conflict seems inevitable – and the protagonists of The Grey Bastards are in the middle of it all. Intrigued yet?

END_OF_DOCUMENT_TOKEN_TO_BE_REPLACED 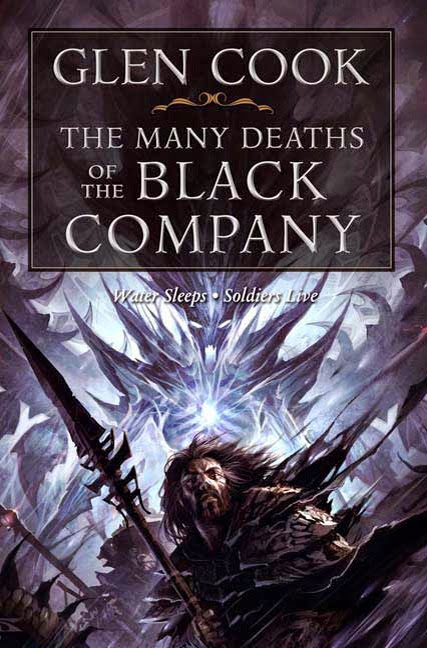 Series: The Chronicles of the Black Company

Soldiers live, and wonder why.

Soldiers Live is the final installment in Glen Cook’s Black Company series. I’ve read it over a year ago, but somehow couldn’t force myself to write down a review. Mostly, I think, because Soldiers Live is an elegy to Black Company so heartfelt and bittersweet and true – to its own history, sentiments, internal logic and the author’s worldview – that I found the necessary return to it surprisingly tasking. Over time this book came to resemble a tender spot one only gingerly agrees to touch, for it is a reminder of a past encounter with unyielding reality. What remains – a wound, a bruise, a slowly healing scratch – whatever the case, it’s a sign that reality won despite our best efforts of will 😉

And so it is for the Black Company. It still goes on, united by a common dream, but in nearly forty years of its history told by Cook over the course of nine books it has changed so profoundly it’s hardly recognizable for what it once was. And the crucial change is, obviously, its people. There are almost none of the old guard left, and whoever lives still, bruised and battered and exhausted by the constant struggle, has not much time left.

END_OF_DOCUMENT_TOKEN_TO_BE_REPLACED 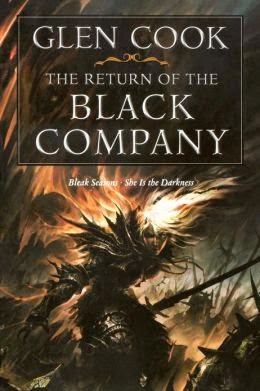 She Is The Darkness is the seventh installment in Cook’s acclaimed Black Company series. As Bleak Seasons was all about surviving a siege from within the besieged walls of the city of Dejagore, She Is The Darkness is all about laying siege to an impenetrable enemy fortress, Longshadow’s Overlook. And once again, in She Is The Darkness Cook delivers a gritty and very realistic picture of war seen from the perspective of regular soldiers – in short, a mudslide of exhausting boredom interspersed with short, intense moments of terrifying action. Put it all in the harsh, heady limelight of well-earned paranoia, mistrust and second-guessing, schemes upon schemes, intended lack of communication between regular soldiers and the leaders, and internal divisions of the army, and you have a very accurate psychological portrait of most of the prolonged conflicts in the history of human warfare.

She Is The Darkness, fully in line with the other books in The Black Company series, deals with the Western, highly romanticized view of soldiers as impeccable, heroic and virtuous heroes of ages, geniuses of strategy and masters of killing arts. Lots of fantasy books actually ascribe to that stereotype, with increasingly unconvincing results. Cook gives us the opposite – a book which, at least on the psychological level, could be a war memoir of a Vietnam vet. His characters, nearly all of them soldiers, are human, prone to human vices and weaknesses, frequent changes of heart, emotional upheavals and displays of casual pettiness, which Cook so aptly – and ruthlessly – depicts. At the same time, however, his characters are able to rise above the routine mediocrity from time to time – especially when it matters the most – to empathize, understand and comfort each other, showing equally human kindness, loyalty and even wisdom which allows them to remember why they went with the Black Company in the first place, which is the biggest question of the whole series.

END_OF_DOCUMENT_TOKEN_TO_BE_REPLACED

Piotrek: I was very satisfied with myself when, recently, my little niece asked: why is it only uncle Piotr who knows comics? I try to keep Madzia (her sisters are too young) supplied with age-appropriate comics, stuff like Zita the Spacergirl or Yotsuba&, which means I get to read them, out loud and often multiple times 😉 And, since I’m the one to choose, it’s usually something I enjoy myself, but obviously, not things I read in my own reading time. The topic of this review is different. This is a series of graphic novels for everyone to enjoy. I’m not going to leave the verdict for the final parts, I’ll admit straight away: I really like David Petersen’s Eisner-winning Mouse Guard series.

Ola: Don’t forget it’s my find! 😛 It’s indeed a perfect comic book for all ages 7 and up – first, it definitely helps if you can read on your own ;), and second, the plot, themes and execution are best understood when one is at least a tiny bit learned in the ways of the world, having read or listened to Hobbit, for example, or at least made a passing acquaintance with the material culture of medieval times… On the other hand, the educational aspects and the straightforwardness of the plot suggest a younger cant to the target audience. However, I believe that being young at heart is absolutely sufficient to properly appreciate the Mouse Guard story. It’s a decidedly different read to your average superhero comic books, but the heroic and quite adult themes are very much present in David Petersen’s work. 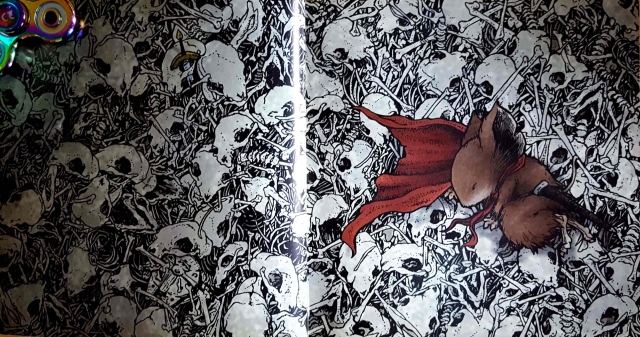