Unfortunately, we left our old Dixit board at home (a pretty heavy thing it became with all the cards!). Faced with an unequivocally expressed need to play Dixit we decided to buy only those extensions we weren’t familiar with yet – and came short of the board.

And so I painted one 🙂

END_OF_DOCUMENT_TOKEN_TO_BE_REPLACED

Second game, third game post, after that – I’ll stop. For a while, at least. Next week it’s back to books, I promise.

A Game of Thrones: The Boardgame is one of my favourites. Another genre franchise that everybody at least recognizes, but the game itself is completely different than last week’s Battlestar: Galactica. It’s one of the backstabbing games Henry Kissinger could enjoy. I did, immensely, dozens of times. 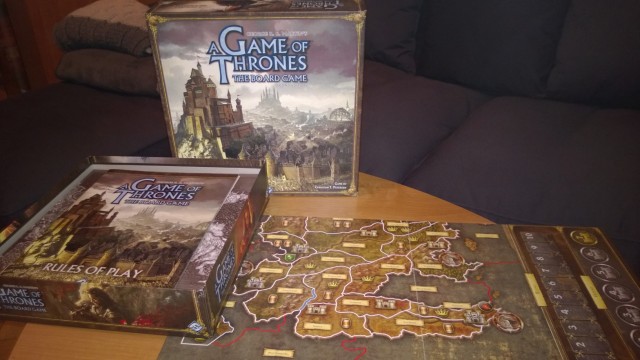 When you play a game of thrones you win or you die.

END_OF_DOCUMENT_TOKEN_TO_BE_REPLACED

A follow-up from last week. From time to time a short board game review will replace usual book-related post. It will not necessarily be “easy games for beginners”. But all can be played by reasonably smart people after reading the manual, all are based on popular genre franchises and can provide many evenings of group entertainment each.

I will not concentrate on new games. A board game is significantly more costly than a book and takes up more shelf space. It’s better to establish a collection of a few classics, than just buy something fashionable at the moment. 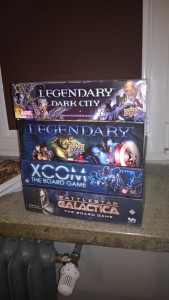 END_OF_DOCUMENT_TOKEN_TO_BE_REPLACED

I’ve wanted to add board games to the list of stuff mentioned on Re-enchantment for quite some time. I thought about the best way to do it and decided against detailed reviews. We are, after all, mainly book-oriented and only occasionally venture into other media. So – some basics for now, and a couple tested examples will follow next week (or one after that, we’ll see). If you play a lot and already have your favourite games – move along, back to boardgamegeek.com, where regular players belong. But surprisingly many people need to be pushed in the right direction – I’m speaking from experience here, I’ve (re)introduced some people to occasional gaming and most of them claim to enjoy that 😉

Board games will be understood on our blog rather broadly, as games played on board or not, as in case of some of the card games (and I don’t mean a regular deck of cards, but cards especially designed for a specific game, as in case of (in)famous Magic: The Gathering). The category obviously excludes all kinds of video games (although, interestingly, there are video versions of many board games), and role playing games (for me – the highest form of gaming, one day I’ll write an eulogy of table top RPGs…).

A photo or two are needed for the main page – so I present my games (and a few borrowed) – I’m not bragging here, and it’s not false modesty, I know a few people with vastly superior collections. I’m somewhere between casual gamer and a regular, closer to casual probably, never playing competitively and treating games mainly as a kind of social entertainment.

END_OF_DOCUMENT_TOKEN_TO_BE_REPLACED

Ola: We wish you a very bookish Christmas! 🙂 It’s a family time in Poland, but there’s to hope you’ll also find some time to rest, read and enjoy the spring weather! 🙂 If you don’t celebrate Christmas, then happy Sol Invictus, or any other great festival on the occasion of the season change!

Piotrek: Merry Christmas to everyone it applies to 😉 Have fun, be with your family, enjoy some books and/or other genre media. To everyone else – all the best for your seasonal occasions. The crucial thing is – share the spirit of goodwill, don’t take anything too seriously, if liberal atheists like us can enjoy traditional Christmas, I hope everyone else can at least benevolently ignore it…

There is some Christmas cheer in everybody:

Video-quote from excellent Batman: The Animated Series, Christmas is a great time for a sentimental re-watch, and this is a great series!