Piotrek: Ok, so we already told you about our favourite books, now the time comes for the visual media. And it’s been a good year on this front, as well! Not so much for cinema, I’ve only been… twice, I think? But there were some great shows and a few good movies also. With frequent lockdowns there I had time to see quite a lot, but here I’ll only mention the best of the best, and only things premiered in 2021.

It was the movie of the year, definitely. Can’t wait for it to get to one of the streaming services so I can re-watch. There were several great reviews around, including a glowing one from Bookstooge that I totally agree with. SF’s ultimate classic got an adaptation it deserved, and that sadly Lynch did not deliver. Atmosphere, music, casting, scenography – all shined and played well together. It could be longer, some things are missing, and I think we deserve a Director’s Cut with extra 30-45 minutes, but even the theatrical version was excellent.

END_OF_DOCUMENT_TOKEN_TO_BE_REPLACED

Ages ago, I’ve been tagged by Red Metal to do their 11 very intriguing questions. Many thanks for the tag!

Since Piotrek is understandably busy arranging his wedding, I’m going to do this one on my own – so no double answers this time, sorry 😉

Between music, film/television, and game critics, which do you find the least consistently reliable?

Between music, film/television, and game critics, which do you find the most consistently reliable?

I’m going to answer the two above together. I must admit I don’t spend much time following critics of any kind, not even book critics (with the exception of you guys ;)) and particularly not movie critics. I’ve been burned too many times to pay any attention to what most of them has to say 😉 These days I very rarely read commercial reviews; I prefer to form my own opinion about any form of artistic expression, be it a movie, a TV series, a music album, or a video game. From time to time I check aggregate opinions on BoardGameGeek, sometimes Polygon, IGN and IMDB 😉 I grew tired of RT, their aggregates seem skewed by arbitrary algorithms and I find myself disagreeing with the majority of the critical reviews compiled there.

END_OF_DOCUMENT_TOKEN_TO_BE_REPLACED

We discussed books highlights of 2019, now it’s time for movies and TV-series. A few of the favourites and a few of the disappointments in both categories, to round up the past year in media :).

I haven’t had much time for movies and series. I’ve watched a nice mix of old and new, and enjoyed quite many of them – though only few made a lasting impression. The absolute winner in this category is…

END_OF_DOCUMENT_TOKEN_TO_BE_REPLACED

The other science fiction franchise. Or the science fiction franchise, if we christen Star Wars science fantasy. Where George Lucas took Campbell’s ideas and put the eternal myths into a space adventure story, Gene Roddenberry envisioned a better future for spacefaring humankind. He created a vision of an utopia, in which more enterprising, unruly individuals join the Starfleet in order to find adventure, because in the post-scarcity Earth society there’s not much of that. In Starfleet, they travel across the universe, to meet exciting new people and… not shoot them, unless absolutely necessary.

Piotrek: I’ve always been more of a Babylon 5 guy, but I appreciate Star Trek more and more. As a kid, I’ve seen a random selection of mainly The Next Generation and Deep Space Nine episodes, and there was not enough large-scale conflict for my taste. I generally liked it, but John Sheridan was my space captain. So, my introduction into the world of Star Trek was pretty chaotic… but I always liked the idea of trekking through galaxies in a big spaceship, and in time I came to also appreciate stories about (relatively) peaceful exploration. 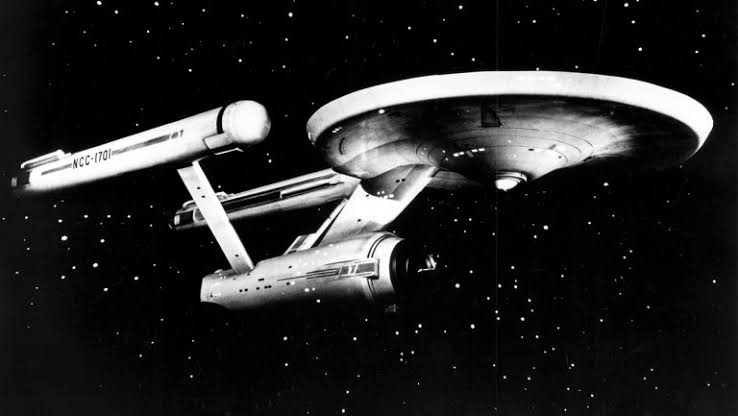 Ola: My own acquaintance with Star Trek was no less chaotic, I must admit. I watched nearly all episodes of The Next Generation as a pre-teen kid, and for years Picard was the only true captain of the Enterprise 😉 I waited with bated breath for each episode, and while some of them were rather convoluted for a six- to eight-year-old, it was still a great adventure. Fantasy worlds, various races with distinct cultures, drama on the ship, imminent danger… What I liked about Star Trek then and value even more now was the nearly non-violent approach, so rare in modern pop-culture. Differences were abundant, conflicting interests as well, but more often than not a peaceful resolution could have been – and heroically was – achieved. Exploration and understanding were the key values of the Star Trek universe, and inspired countless SF visions since. As for the liberal vision of future military, with its weirdly relaxed and convoluted structure, the red- and mustard-colored uniforms and the variety of ranks coupled with a nearly total lack of discipline, back then I didn’t even bat an eye 😉

END_OF_DOCUMENT_TOKEN_TO_BE_REPLACED

Avengers: Endgame. Movie to conclude the major plot points of 21 movies, stories of multiple characters that took place throughout the galaxy. Thanos won part 1, but we just knew not all was lost. It would go against every rule off modern profitable film-making, and some of us read comics…

WARNING! There will be spoilers. The movie has been in cinemas for three weeks, so you had time enough to see it 😉 It will be our discussion on how successful it’s been in summing up the complicated history of MCU and opening avenues for new adventures.

Piotr: I’m a bit tired of my role of enthusiastic simpleton, yet I’ll start with a decisive yes. It was not a perfect movie, it was not the best Marvel movie, but it was a movie well suited to play its unique role within the MCU. Heroes ultimately won, but it wasn’t easy, and not without serious sacrifices. There were hilarious moments, spirit-rising speeches, epic battles – the final battle was, IMO, better than the one from Infinity War. Three hours, but I was not bored and could even stay in the cinema a little longer 😉

Ola: I am also quite tired of playing the unsmiling Dirty Harry to your Pollyanna, and yet I cannot endorse this movie. It is well-made, very professional and full of perfectly choreographed and rousing action scenes, but ultimately it remains empty, the promises of Infinity War for something deeper unrealized. I was intrigued and dismayed in turn, and what really killed my pleasure of enjoying this movie was the lack of internal coherence and logic. For a film that makes so much fun of Back to the Future it should really show a better alternative to time travel – and one that is not blithely disregarded half an hour later.