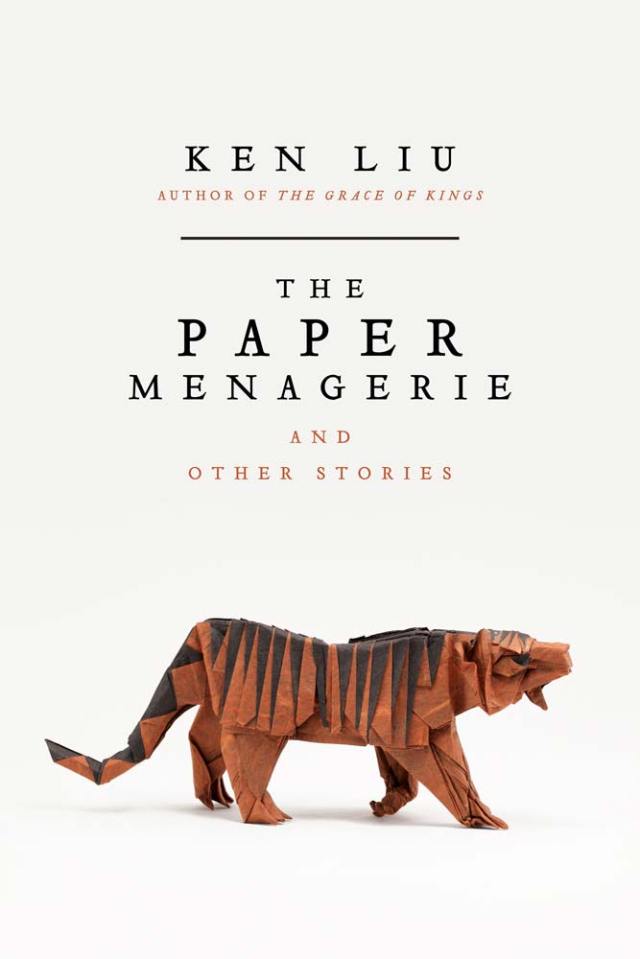 Title: The Paper Menagerie and Other Stories

Ken Liu has been known as the translator to Cixin Liu’s critically acclaimed Hugo award winner, The Three-Body Problem. He is also known as the author of a “silkpunk” epic fantasy book, The Grace of Kings. But the readers of short stories know him predominantly as a talented SFF author with his own unique voice and unerring focus on humanity’s past and future, cultural diversity and a peculiar vision of transhumanism. His works won multiple awards, Nebula, Hugo, Locus and World Fantasy Award among them, and I must say that, at least with regards to the collection The Paper Menagerie and Other Stories, he deserves quite a lot of the praise 😉.

This review will vary slightly from my usual posts; as each story or novelette forms a separate whole, I will review each in turn and give score to each separately in short paragraphs.

The Bookmaking Habits of Select Species 5,5/10

Not a great start to the collection; a showcase of interesting ideas, but nothing really stands out in this fanciful enumeration of how various species in the universe might create/perceive books. It’s a fun exercise, and an invitation to the readers to think about the idea of a book, but nothing more.

One of two best stories in the compilation, based on an outlandish and very compelling idea that every person is born with their soul manifested as a concrete, tangible item – and that the form of that item directly affects their personality. A really sweet, light, yet thought-provoking story on how we create our own limits and then learn to transcend them.

Eh meh. Evil corporations and their little AI programs interfering with our lives to the point of managing us and creating our own needs and worldviews. A revised and abbreviated version of Orwell’s 1984, and, unfortunately, significantly worse than the original.

A wonderfully crazy steampunk-ish fantasy seamlessly merging East Asian mythology with echoes of Fritz Lang’s Metropolis. Huli jing, or kitsune, or kumiho, is a fox spirit able to take form of a beautiful young woman. That mythical creature from Asian folklore has become increasingly popular also in Western culture thanks to many East Asian-inspired SFF works, Ninefox Gambit among them. Here, a strange tale of change and adaptation weaves disparate strands – from myths to colonialism to industrial revolution – into an original, intriguing tapestry. 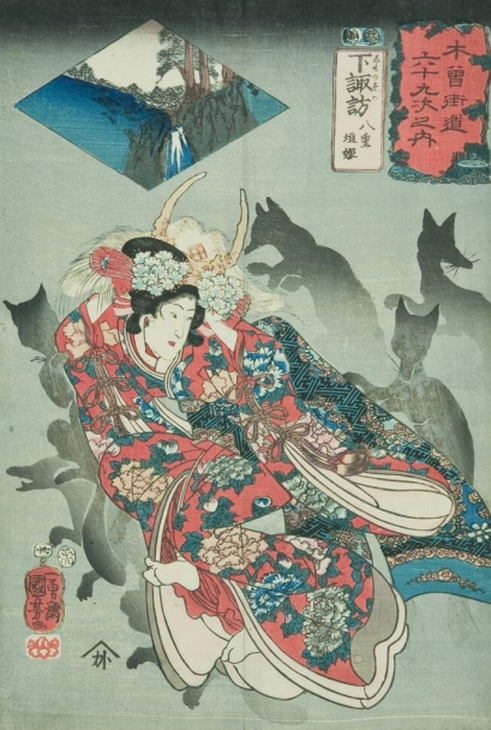 Good Hunting gives the first hints of Liu’s beliefs in the immutability and independence of human consciousness from different bodily forms it can attain, and further on – on transhumanism as a way to retain one’s personality in a vastly changed environment. While I disagree with this notion, which I consider naïve and too Platonic for my tastes, here, in this steampunkish fairy tale, I didn’t mind it that much.

A guilt trip for the American consciousness and the role of the USA in the Cold War’s proxy wars in Asia. Not that’s unneeded, on the contrary, but here a promising premise turns quickly into a blame game and all the good intentions can’t save it from drowning in accusatory, didactic triviality.

An interesting form and some thought-provoking concepts. Seems underdeveloped, however, with the key elements only depicted in broad strokes. A seemingly generational conflict between a father and a daughter turns into something more fundamental with onset of new technologies. Where do we end?

A SF crime story set in near-future Boston – gripping, slick, psychologically realistic. Very good, even if a tad predictable psychological journey of a burned-out private detective on the hunt for a serial killer. High-tech implants, blackmail, trauma from the past – this one has it all.

A story that garnered Hugo, Nebula and World Fantasy awards is an intimate portrait of a culturally mixed family and the difficulties of fitting into a culturally monolithic society. While not autobiographical, it reads in a deeply personal way; the teenage anger and the overwhelming need of belonging, the scorn for the odd parent out feel ruthlessly true. Add to it a tad of magical realism in the form of animated (from Latin anima – breath, soul) origami animals, and the story’s complete. If I have a quibble with this story it’s with the tear-jerker factor of the conclusion.

Transhumanism in all its glory. The consciousness of the protagonists stays the same despite multiple changes of forms and the passing eons. Hive mind doesn’t affect the boundaries of self either, and on the other side of the galaxy the post-humans emerge as compassionate gods. A well-written, surprisingly naïve experiment in wishful thinking.

A story of duty, memory, and love in a distinctly Japanese flavor. It’s very well-written and interesting, but I can’t shake the feeling that it perpetuates national stereotypes when we need them the least.

The other of my favorite stories in this collection. A possible Chinese god of war in Idaho during gold rush. A tribute to Mark Twain’s Adventures of Tom Sawyer (which is one of my favorite children books), this novella is just perfect. Plus, I learned a lot about the history of the early American-Chinese relations.

A Brief History of the Trans-Pacific Tunnel 6/10

Again, this story has a lot going on in its favor. A stunning idea, well executed, with alternative history playing out on both sides of the Pacific. An individual perspective on the historic events gives the story the emotional impact it needs to grow from an abstract thought experiment to something more wholesome and engaging. But the didactic penchant wins once again, so despite the dramatically altered socio-economic landscape of the alternate US and Japan we still have here the story of nasty imperial racism rampant on both sides of the Pacific, playing out exactly as it did in our world.

The Litigation Master and the Monkey King 7,5/10

A story of genocide hidden in a fable. Elaborate, intriguing, educational and gory. If not for the goriness, which I found excessive (and yes, I did read Grimm fairy tales, and they don’t stand a chance with the lovingly detailed descriptions of Chinese tortures Liu engages in here), I’d easily give it 8/10.

The Man Who Ended History: A Documentary 9/10

In the author’s note at the end Liu wrote that the unusual form of this story was inspired by a similarly structured work of Ted Chiang. I read Chiang’s story, and Liu’s much better. It deals with many important topics; important in general, but also in particular, to me 😉 – individual and social memory, history – specifically the political aspects of history, the politics of denial, the idea of historical responsibility. The SF element of this story doesn’t really work for me, but the rest packs a punch.

I loved the multilayered nature of this narrative, the many points of view, the aim at intersubjectivity and the invitation to the reader to form their own opinion. It’s very emotional and informative without being preachy, and it will stay with me a long time. This one needs a trigger warning, though – it deals with concentration camps and medical experiments conducted by the Japanese military on Chinese and Allied civilians during WWII.

Both of the stories dealing with genocide are infinitely more mature, in my opinion, than a similar attempt by Rebecca F. Kuang in The Poppy War. No vengeful fantasies but facts speak the loudest. Or, at least, that’s my wishful thinking ;).

All in all, I recommend The Paper Menagerie and Other Stories. While the quality of the stories in this collection may vary, they are all refreshingly diverse, intriguing, and well-written, and I believe everyone can find here something just right for them.