Our second Wyrd & Wonder tag 🙂 We decided to go crazy, and there were a few we wanted to do for quite a while…

A fictional world that you would like to tour

Piotrek: Middle Earth. There are many fascinating universes in the world of fantasy, but this is the one that started it all, the Amber of fantasy realms. I want to walk in Lorien, rest in Rivendell, climb… well, not necessarily Caradhras in winter, but perhaps Erebor, if Smaug isn’t around? Yes, one of the rare peaceful moments would be perfect for an extended tour. It already is one of my special places, although only ever visited in imagination. 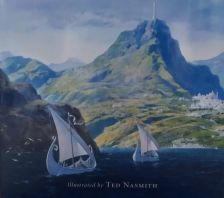 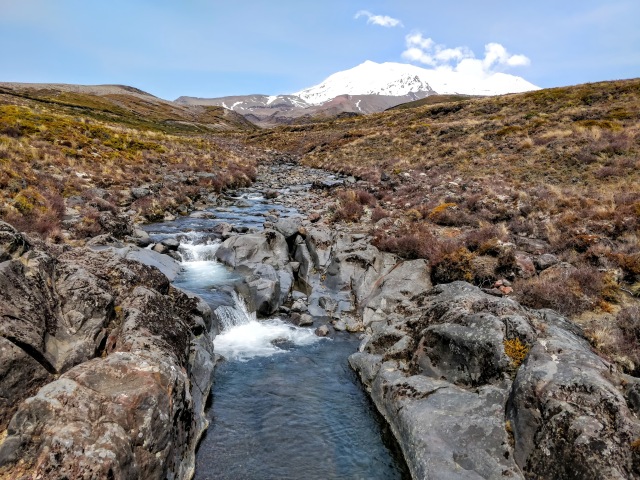 As I am already in the Earth-equivalent of Middle Earth, the fictional world I’d like to visit the most would be Amber – the pattern-world of fantasy worlds created by Roger Zelazny. Though in truth it’s a cheating answer – because from there I could get (more or less) easily to other worlds: Terry Pratchett’s Discworld, Robin Hobb’s Realm of Elderlings, Neal Stephenson’s Arbre from his absolutely mind-blowing Anathem (the review of which will come soon!), Ursula Le Guin’s Earthsea, Glen Cook’s world of the Black Company (but I’d only go there if I had a guarantee I would come back, even the mythical Khatovar doesn’t strike me as a good place to live), Iain Banks’s utopian Culture worlds and Neal Asher’s Polity, and so many others!

A specific place that you would like to visit

Piotrek: But if I were to choose a single special place… Hogwarts could actually be the one. I mean, so many wonders under one roof… yes, a shorter tour would be to the Hogwarts School of Witchcraft and Wizardry. If a feast in the Great Hall was included in visitor’s package 🙂

Ola: That’s a tough one for me. I could try to wriggle a bit and cheat again, and choose C.S. Lewis’s forest between the worlds… 😀 Or Zelazny’s Pattern in Amber… Unseen University’s Library with its L-space also seems like a great place to visit!

Well, by now you get the gist – I’m one of those who gifted with three magic wishes would make “infinitely more wishes” my first 😀

Piotrek: That would not be easy. One of the Great Wizards, undoubtedly. There are a few, but again, I have to go with Tolkien. With Gandalf the Grey, I would even smoke a pipe. His kindness, knowledge, his ability to advice… he’s not the only one, in this case, not even the original one – that title belongs to Merlin – but I would still choose Mithrandir.

Ola: Oh, another tough one! 🙂 I’d love to have a chat with Croaker, and Ged, and Paul Atreides, Fraa Jad from Stephenson’s Anathem (oh man, I’d absolutely love to talk to him, even if I wouldn’t understand half of what he says!), and with Merlin’s incarnation from T.H. White’s The Once and Future King. But I think this time I’ll choose Tenar from Le Guin’s Earthsea series. I admire her strength and her unwavering acceptance of whatever life brings – acceptance rooted in hope and deep, quiet happiness, prevailing despite everything. She is her own person as much as all of the more active heroes, making the world a better place in her own small ways – but without her, it would have never been righted.

Piotrek: The slow, magnificent sunrise on Discworld, from high above? That would be magnificent, even if there it happens every day.

I thought about the many great battles of fantasy, but that could be a bit too dangerous.

Ola: The moment when Death talks to Azrael in Pratchett’s Reaper Man. I love this scene to pieces, and I get goosebumps every time I read it.

Piotrek: That’s a tough one, because I wouldn’t really want to try quidditch. Flying is cool, but the canon rules I consider a bit silly.

So… dragon riding? Out of all the flying creatures dragons seem most epic. Perhaps even over Westeros (and other parts of the known world), despite all my antipathy towards Valyrians. There are some sights there!

Would I put anything on fire? Well, I’d try not to…

Ola: Dragon riding would be my first choice. Not necessarily in Westeros, there are some more picturesque places to visit, such as Le Guin’s Earthsea – though there I’d probably have to ask very nicely to be taken for a ride ;).

Not sure if this can count as a sport/activity, as it’s sedentary (though involves a lot of intensive thinking!), but I would also really like to play the game of stones from The Realm of Elderlings.

Piotr: There are many great weapons of fantasy, and if I have to fight with one of them, the choice would depend of my enemy. But I really wanted to include something, or someone, from Amber. The world of Amber… I would like to visit almost as much as Middle Earth, but that would be cheating – as it potentially includes all existing and non-existing worlds. So, for my weapon I would choose Grayswandir, Corwin’s sword. Corwin is one of my favourite characters of one of my favourite sagas, and he had a mighty sword indeed!

I always wanted to fence, preferably with saber or sword. Saber is uniquely versatile, but not very popular in the fantasy genre – so, a nicely balanced bastard sword would be the best. There are plenty of those to choose from, but if we are to fully indulge in this fantasy, I can readily admit that I’d like to hold Excalibur for a moment 😀 No heads would roll, nor (hopefully) any wounds would be incurred (myself included), but nevertheless – there is something fetching in a lovingly crafted, perfectly balanced, deadly steel.

That said, do Elvish rings of power count as weapons? 😉

And I know I’m bending the rules once again, but Ian Cormac’s Tenkian weapon, Shuriken, is something I’d like to see (preferably not aimed at me)!

Piotr: The Luggage, obviously! The best artifact of all fantasy. Safety, gold, and clean socks. What more would I want?

Ola: The mirror of Galadriel. Knowledge is power! (buahahahaha!)

We had a lot of fun with this tag – so, while we’re not going to name names, if you do feel intrigued by it, give it a try! 😀