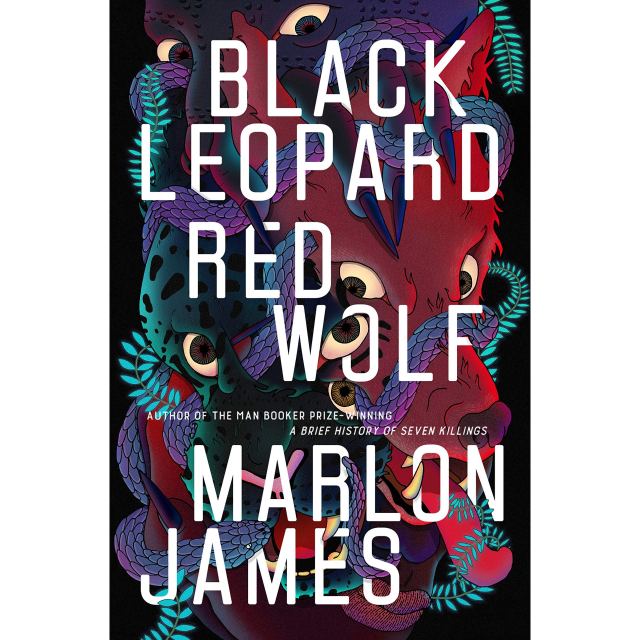 If Quentin Tarantino and Guillermo del Toro ever had a child who was an empath with deep, abiding love for Africa and penchant for intimate, graphic violence, his name might have been Marlon James. Black Leopard, Red Wolf elicits quite extreme reactions from readers – from hate to confusion to appreciation to love – and after reading it I no longer find this surprising. It is indeed a visceral, shockingly brutal and sometimes outright nightmarish journey through atrocities and evils, real and imagined. When James writes that there are two pages in this book that his mother is not allowed to read, I feel I know exactly which two pages he talks about; and they are horrifying in the portrayal of the most intimate, vengeful violence. And yet Black Leopard, Red Wolf is also a book describing with heartbreaking detail the fleeting, protean essence of happiness; the capriciousness of fate and coincidence; the twisted, uncanny ways of human heart. At 620 pages of dense, challenging prose Black Leopard, Red Wolf is James’s absolutely stunning tour de force; a classic Bildungsroman set in the mythical neverwhen of pre-colonial Africa, where monsters prowl the land and sometimes hide behind human eyes, where humans take on animal forms, where magic is ordinary, and miracles are everyday occurrences, but where human kindness is rarer than gold.

James populates this explosive, violent phantasmagoria with flesh-and-blood characters, utterly believable, relatable and heartbreaking in their vulnerabilities, inconsistencies, contrarian capriciousness, and their never-ending search for love. Well, yes, you read that right: love; because for all the very graphic and consciously vulgar sex scenes peppering the pages with frequency equaled only by the occurrences of similarly graphic and shocking killings James’s characters are driven by the need to be recognized, to be known, to be noticed and cherished for who they are by others – particularly their significant others. In this context, Black Leopard, Red Wolf is an unusual manifestation of the ethical philosophy  of Emmanuel Levinas’s, who in the face of the Other saw the transcendent responsibility of being human. Such big words and ideas for a book focused on rampant sex and rabid murder, on bloody vengeance and ecstatic violence! And yet, for all its shyness, for its constant concealment under cinematic sequences of mayhem and scorn, the undercurrent of the very human needs for meaning and interpersonal connection is undeniable.

“Like, I like. Dislike, I love. Disgust, I can feel. Loathing, I can grab in the palm of my hand and squeeze. And hatred, I can live in hatred for days. But the smug smile of indifference on someone’s face makes me want to hack it off.” p. 49

The protagonist of the novel is called Tracker. He had a different name, a long time ago, but he left it behind along with his blood ties and family responsibilities. He talks about it like about shedding an old skin, but this is just a pretence of a boy wanting to appear a man. A boy in a man’s skin, always afraid to reveal his true feelings for the fear of rejection. And yet, what at the beginning seems like a teenage tantrum, a Peter Pan resolution of never growing up, becomes something else altogether along the long, winding journey Tracker takes us on with him. Tracker’s overarching need, despite his solitary ways, is the need of belonging. He’s a thoroughly modern character, searching for his family of choice in a world where ties of blood and kinship are everything. And in this lie his many tragedies, and the story of his coming of age, which takes him through the full spectrum of human emotions. I found James’s portrayal of Tracker spot on – from the early, very teenage-appropriate unthinking disdain and rebellious streak against any authority, through his young-adult loneliness and sadness mixed with mischief, through his most precious moments of mature, fully appreciated happiness, to the destructive drive of vengeance and, still later, resigned acceptance of upcoming fate. Though I’m very, very curious what James has in store for Tracker – for I feel we should hear of him yet, even though the other parts of the trilogy are going to showcase other perspectives.

Tracker has an uncanny ability to know everyone’s whereabouts just by scenting their smell. His head is an unending library of odors, and every single one must be catalogued, every new smell found, ascribed to its owner, and stored in its proper place within Tracker’s mind – otherwise, it can drive him mad. This gift, or curse, propels Tracker on a journey through the magic, lethal Africa of myths and tales – through the cursed forests and cruel kingdoms, through savannahs and deserts, through solitary huts, enchanted jungles and fabulous cities. His task is simple: to find a boy abducted years ago, who vanished without a trace. The only thing left is a smell, lingering in his old possessions – and assassins, keen to kill anyone too interested in the past. Stories about the special child abound, each more false and outlandish than the last, but one thing is certain: his fate seems inescapably bound to that of Tracker.

Along the way through ten and nine doors and thirteen kingdoms of Africa our protagonist meets many fellow travelers, from his inscrutable friend, enemy and mentor, and first love, shapechanger Leopard, to his friend Sadogo, who is not a giant, never a giant, despite his gigantic size, to his hated and hateful nemesis – a centuries-old witch Sogolon, and finally to his soulmate, whose name you’ll have to discover for yourself, should you wish so. He encounters many fabled monsters, bloodsuckers and flesh eaters, human spiders changed by white science, which is worse than black magic, evil malformed twins torturing the mind and sucking the soul, feral monkeys and fish as big as islands. And yet, while we unconditionally accept Tracker’s story, the whole fabulous, awe-inspiring mythical Africa we see through Tracker’s eyes might easily exist only in his own head. Is it true? The various changes and metamorphoses are one of the key themes of the novel, which consistently revolves around the issues such like the nature of truth, reality and identity.

“And that is all and all is truth, great inquisitor. You wanted a tale, did you not? From the dawn of it to the dusk of it, and such is the tale I have given you. What you wanted was testimony, but what you really wanted was story, is it not true? Now you sound like men I have heard of, men coming from the West for they heard of slave flesh, men who ask, Is this true? When we find this, shall we seek no more? Is it truth as you call it, truth in entire? What is truth when it always expands and shrinks? Truth is just another story.” p. 523

As you can probably tell, I immensely enjoyed Black Leopard, Red Wolf. And yet it is not a book I would recommend to everyone; if I were to list all trigger warnings, my list would probably be as long as the book itself. It unflinchingly, even ecstatically portrays all imaginable atrocities one human being can inflict on another. It delights in shock, sometimes for the shock’s sake; it uses superheroic clichés and references with gleeful abandon; finally, it creates an image of Africa that, had the writer been white, would probably be considered racist. The themes of race and racial stereotypes are present, especially in the concept of white scientists, whose nature is as abhorrent as it is intentionally vague; the book has been accused of mysogyny, and not entirely without cause – though in my opinion, it’s a matter of an unreliable narrator and not the author’s perspective. But in the end, I must say I didn’t really care about any of the above; after the first twenty or so pages, which were rather slow going, I found myself completely engrossed in Tracker’s story and followed it faithfully, to the very last page. And I am sure of one thing: true or not, it will stay with me for a long, long time.