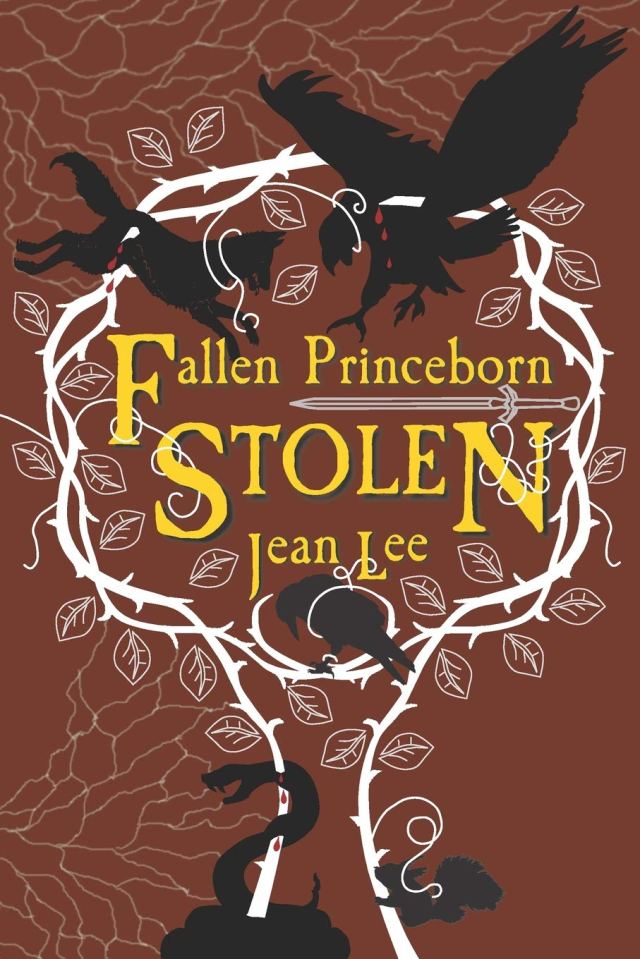 I received this book from the author in exchange for an honest review. I’d like to thank her for the opportunity.

Set in rural Wisconsin, Fallen Princeborn: Stolen follows eighteen-year-old Charlotte and her younger sister Anna, escaping from abusive and unhealthy family situation in North Dakota to live with their aunt. While Charlotte is ready for the new challenge, gladly leaving the violent past behind and looking forward to her future, filled with her passion – music, Anna is clearly unhappy, dragging her feet and feeling forcefully uprooted. Before the sisters can achieve any kind of mutual understanding or compromise, however, they enter into a fairy-tale of their own. The woods and rivers of Wisconsin are the domain of velidevour – dangerous and powerful faeries, who perceive humans as fair game, kidnapping them, feeding on them and erasing any sign of their existence from human memory. As the velidevour subsist on veli: the dreams, emotions and sheer cognitive potential of humans, there was a time humans and velidevour lived in a form of symbiosis: the dreamers, the artists, the vagabonds all found their way to the land of faeries, living in the land of impossible and feeding the impossible with their rapture and imagination. Yet since a wall had been erected between the worlds, humans are no longer guests in the lands of velidevour – they are prey.

When Charlotte’s and Anna’s bus crashes down in the middle of nowhere, and a pair of shady characters with a weird-smelling vehicle suddenly show up as backup, Charlotte knows something is off. But caught in the current of events, each subsequent one more bizarre than others, she can do nothing – until it’s too late for retreat. Going head-on on a rescue mission into the land of magic, she finds her life and her family ties redefined.

As you probably surmised already from the introduction, Jean Lee’s debut novel is a YA fantasy slated for the older segment of that group – which is evident not only in the choice of mature themes and imagery, but also in quite a lot of swearing ;). There are some quite graphic mentions of child abuse, and some disturbing images that would fit right in a supernatural horror, but what really caught my attention was the amount of cursing. I don’t think I remember seeing so many f-words and its variations in print in a fantasy novel before (about 50, if you’re interested ;)). It seems that this particular word is rather consciously omitted from most SF/F publications – even in the military SF/F subgenre. That said, eighteen-year-olds are known for their rather limited vocabulary, especially in times of stress, so it felt quite natural – especially considering the main protagonist’s troubled past.

Designed as coming of age story and a tale of redemption, of finding one’s own place in the world, Fallen Princeborn: Stolen paradoxically worked for me mostly on the worldbuilding front. I really enjoyed the descriptions of the Wisconsin woodland, of the wide skies, placid lakes and dried-up rivers, of different critters and plants filling the novel with life. I was also pleasantly surprised by the author’s fresh approach to faeries: in Fallen Princeborn: Stolen they are complex creatures, dependent on veli as not only physical sustenance, but also a source of their power. And so those without access to enough veli become malformed, trapped between their different forms, part-humanoid, part-animal, always hungry and, in their desperation, dangerous. There are of course tropes aplenty, some of them – like the long life-span of faeries, their feudal social structure, the sentient house of the Blood Prince or the angry she-bear and her cub in the woods – consciously recalling traditional myths and fairy tales, and some more firmly grounded in the YA genre, with the inescapable inter-species romance and irresistibly attractive main male protagonist consuming many, many pages, but the setting still felt refreshingly original. I particularly liked the touches of Gaimanesque fantastical horror, from the eerie white tree to the wall enchantment, literally constricting those who try to fight it.

What didn’t work for me at all, however, was the character development. I’m not a fan of YA. I find the limitations of this genre highly constricting and irritating, the requisite romance usually something ill-fitted, slap-dash, and completely unnecessary, and the overuse of tropes despairingly wearying. There are examples of great YA literature – but they mostly work because they transcend the limitation of the genre (or sometimes they are completely something else, only marketed as YA). Robin McKinley’s books can be arguably viewed as classic YA, with adolescent female protagonist coming of age in a set of difficult circumstances, and coming into her own with admirable resilience and courage. What sets them apart from your run-of-the-mill YA is not only the wonderfully creative and poetic language, but also consciousness of the traps of overused tropes and stereotypes and the effort to avoid them. McKinley’s heroines come to life with life of their own, and not a simple, pale reflection of a cultural archetype. Fallen Princeborn: Stolen, unfortunately doesn’t fall into that category – though not for the lack of trying. While Charlotte splendidly holds her own, and her relationship with Anna assumes a prominent position in the novel,  her infatuation with the Blood Prince is as stereotypical as it can get – going as far mooning over the manly shape of his buttocks. Her male counterpart, Liam the Blood Prince, is a baffling paradox: despite centuries of life experience he still acts and thinks like your average teenager, down to tantrums and complete inability to feel empathy. Inevitably, only the protagonist’s arrival can perform the miracle of improving his character and behavior, thus making him a suitable ruler – and suitor. The hints of the Chosen One trope sprinkled generously throughout the book are compounded by a set of unusual and unexplained abilities of the main protagonist. Her feisty, defiant nature keeps Charlotte from becoming a Special Snowflake, but only just.

One thing that I found quite bothering was the fact that among the inferno of overflowing teenage emotions the scenes of graphic violence and gore were thrown in with what to me amounted to casual indifference. Jean has an undeniable talent in creating setting with visual clarity and lasting impact. But the focus on the internal emotional upheavals of a moody and rebellious teenager resulted ultimately in a jarring clash between the moody and the fantastical, at times rendering the main protagonist nearly as egotistic and self-absorbed as the faeries.

Even though I’m not the intended audience, I wish the book worked better for me. As things stand, while I truly enjoyed Jean Lee’s fresh take on fairy-tales and her admirable worldbuilding skill, I found the YA trappings of Fallen Princeborn: Stolen needlessly constricting and obtrusive. It may be only me, though: for the fans of YA fantasy, Jean’s imaginative tale might be just the thing.