What a year it has been! Both the Re-Enchantment blog and my reading habits  have evolved. On the blog – a year of two-shots, discussions with old & new friends, at home (and in commute 😉 ) one of re-reads, non-fiction and a bit of classics. I was so busy working on my project to read more of these that I feel I should actually read more fantasy next year! Maybe it is time to finally get to Erikson? But I will also continue with this-wordly stuff 😉

My favourite Christmas present – fourth book in this wonderful Polish edition of Le Guin, this time – almost 1200 pages with Gifts, Voices, Powers, Always Coming Home and Changing Planes. They are really going for the whole set, I think 🙂

Starting with blog – it was a solid year for us. I only have WordPress stats, and Ola says it’s around the same numbers again on LinkedIn, but we’re at 5,780 views today, with 53 published posts. It’s not much more than 2016, our second best year, but then we had 103 posts – weren’t we diligent 😉 Even in 2017 we managed to write 72 posts, so there is a worrying trend, but I think an average of one post per week is sustainable, even with our other current commitments. All the posts – since Re-E’s start – have a total of 288,910 words together, that would be quite a long novel!

I certainly cut down on long reviews, they are very time-consuming for me and I’ll try to write more, but we’ll see. Ola is better with them, but the category that actually increased this year is two-shots. We’ve discussed them recently, they are definitely most fun to write, and they mirror discussions we used to have years before we even thought about blogging, and that we continue to have about the media we consume and world in general. Now, where the physical distance between us increased to around 17,500 km, we need the help of technology to talk anyway.

Completely new type of posts – non-fiction. Just a few, for now, but I like them a lot. A reader who understands history and politics will also get more out of genre fiction, I assure you! Just as all the sad, non-fic-only readers would really benefit from reading some secondary world novels… 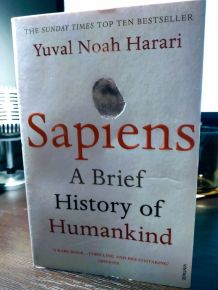 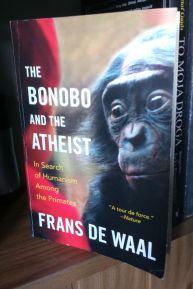 Several most popular posts still take most of the views, and top 5 from February stays unchanged, but an average new post gets a bit wider audience than used to be the case in previous years.

The biggest change on Re-Enchantment is in the comment sections! We used to stay below 200 comments, and now we’re on 656 (and similar amount of likes). Will we manage to get 10 more before the clock strikes 12 on Monday? My sincere thanks, again, to everybody who decided to say a few words, or just mark their presence here 🙂

I’ve also spent much more time reading other blogs, showing my appreciation with likes and comments, although certainly not as often as I should have – but there’s so much to do and so little time! Also, I read them mostly on phone, and while it’s easy to send a like, I need a real keyboard to write a solid comment. Does it make me old-fashioned? At 35 I sometimes feel a bit old 😉

What’s in the future for our Re-E? A bit of nostalgia, more two-shots and non-fiction, a new post on most weeks, and hopefully many inspiring discussions with all of you!

Now, some reflections on Piotr’s Year in Books. Goodreads shows 131 items on my list, for a total of 35,005 pages. I’m a bit surprised myself. I aimed for around a hundred titles, but when you look into details the situation becomes clearer. I rate everything I read, and that includes audiobooks, comics, short books I read my nieces, and even some HP fanfics. In the spreadsheet where only serious titles get, I have 110 items and that includes graphic novels. Still, I definitely read more this year, in parts because of long commute and less gaming.

But what have I read, exactly?

I’ve revisited worlds of Ursula Le Guin, Joan Aiken and J.K. Rowling – the last one I read aloud to my little niece. She’s only five, so just the first two, with the third one to follow some time in 2019. The new editions, illustrated by Jim Kay, are just perfect for the first encounter with Harry Potter, before the movies limit young reader’s imagination! I wish he worked faster, only three were published so far… 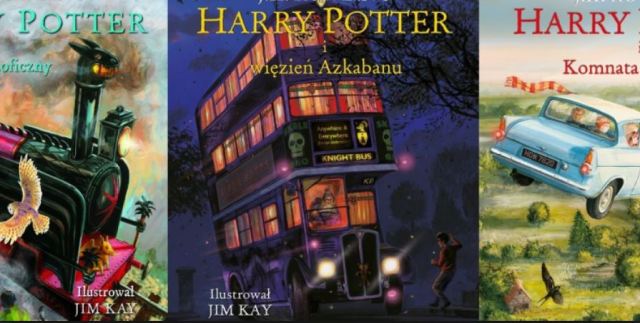 But the most positions on my list are occupied by Sir Terry. From Mort in March, when I decided to continue with my re-read, to The Last Hero just a few days ago, I’ve re-read (mostly in audio) 26 Discworld novels, and now I’m in the process of reading The Carpet People, for the first time. Pratchett was already a genius at seventeen! I’m definitely going to continue, and expect to have even more fun with Discworld in 2019, as I’ve never read some of the newer books.

Another recurring guest has been Garth Ennis, and his Punisher MAX. Seven volumes read, a few more ahead of me, it’s a perfect companion to Netflix’s series and the Punisher for me.

Iain M. Banks joined the ranks of my favourite writers, his Culture being the future humanity of my dreams, an he just goes so well with Yuval Noah Harari, whose views on the history and future of our species I mostly share.

Big chunk of my 2018 reading has to do with Polish history and politics. It’s not the place for this kind of rants but, in short, with each year I become more and more disillusioned with both. Let’s just get rid of the nations as political entities 🙂

I’ve promised some Polish cartoons, so another preview, one day I’ll prepare a comprehensive post.

The little guy says “I’m proud of being Polish”. “Why?” “Because Poles are a proud nation”.

I just love Marek Raczkowski, author of this one. It’s from Przekrój, a beautifully designed quarterly. Raczkowski is one of the cartoonists that go beyond the political scandals of the moment, and is able to comment on very complex issues in a few masterfully targeted panels. Personally, I value him as much as the best New Yorker cartoonists.