There is now a Polish movie being played in cinemas, in my country and throughout Europe. There are over 200 screenings planned in the UK alone (beginning today!), and that’s a lot for a Polish movie, our pictures rarely go beyond niche festivals. Tickets are mostly bought out by my compatriots living abroad, but they are not its whole audience. 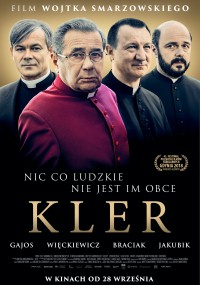 Well, the title is Kler (our word for ‘the clergy’). Specifically, in the Polish context, the catholic clergy. Catholicism is the default option here. Not just as a religion. To a large extent, especially outside large cities, it’s the foundation of social life and a powerful political and economic force.

In the days when diocese after diocese goes bankrupt trying to pay off the victims of their functionaries’ abuse and, in Chile, the entire episcopate submits resignations, there are not enough movies about the issue. Spotlight was very good, and certainly educational, Calvary show how a catholic country might look after the problem is largely processed. Clergy is about Church militant, unapologetic and intertwined with the state as close, as the Irish one during the heights of its power.

It is about the kind or Church that enabled sexual predators to hunt their victims with impunity. It will help you understand how the crimes and abuse were possible throughout the Catholic world, just a few decades ago. Also, how and why the Church, lead by its princes (bishops are often called here, and quite unironically, princes of the Church) protected the perpetrators. Money, sex, power… a very earthly institution populated by very earthly people. Billions of largely unregistered €, ability to direct the fury of the hardcore believers and command a significant percentage of votes. Inherent misogyny, directed both against nuns and lay woman. Really, if you listen to your average priest, it’s not far from Kinder,Küche, Kirche.

A very complicated issue. This movie is not just an attack on the institution though. Its black-robed protagonists are complex people, most struggling to live decent lives, just as all of us do. Their job does not make it easier, but ultimately it’s one of them who… but lets not go into spoilers. 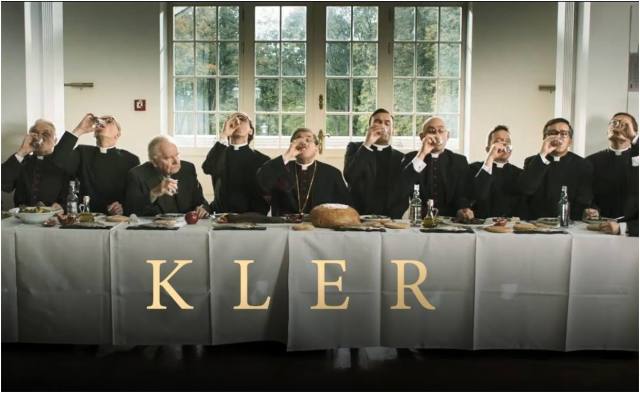 It is not the best Polish movie ever, but one I’d recommend to anybody who wants to either understand a bit about our current political (and societal) problems, or about the wider crisis of Catholicism.

Not a genre movie, but highly recommended!

A few other voices from NYT, Guardian and the Irish Times.