Some time ago, inspired by Bart from one of our favorite blogs, Weighing a pig doesn’t fatten it, we decided to start including some non-fiction on Re-enchantment. While the initial idea was to go for books that provide wider context for popular genre fiction, ultimately we decided to start with one that provides some insight into the very human nature, by exploring the social nature of other primates. Frans de Waal, world-famous (there’s even a TED 😉 ) Dutch-American primatologist, is on Bart’s list with several of his books, we’ve both read The Bonobo and the Atheist recently, and it was a thought-provoking experience, although it provoked slightly different thought in each of us.

Title: The Bonobo and the Atheist: In Search of Humanism Among the Primates

In search of Humanism Among the Primates de Waal looks not only into the militant chimpanzees, but also the famously peaceful bonobo. Lifetime of research, combined with his private interest in art and philosophy, guide this journey to discover the origin of our species’ morality – and spirituality – in the societal structures and the psychological and social makeup of our closest animal relatives. If all the primates share not only social nature, but also empathy, it was arguably also present in our common ancestors, and our nature is not as rotten as some of us were convinced since childhood. Moreover, he provides us with ample examples of other species showing self-awareness and kindness previously attributed only to humans, and if on decidedly smaller levels, it’s a matter of degree.

Empathy requires awareness of the other and sensitivity to the other’s needs. It probably started with parental care, like that found in the mammals, but there is also evidence for bird empathy. […] If both birds and mammals have some measure of empathy, that capacity probably goes back to their reptilian ancestors.

He does it skilfully, being not only an incredibly skilled and competent scientist (as his resume informs us), but also a gifted storyteller. Consequently, The Bonobo and the Atheist is a great book for both a casual and a scientifically-inclined reader; in addition to its atheism-related theses, already mentioned in the title, it gives us valuable insight into the current state of research of other primates’ social nature.

Piotrek: For me, three things are most important in this book. Its argument for the goodness of our nature, its description of how immensely complex social behaviour of non-human animals is (my school biology was decades behind research), and finally author’s voice in the internal debate of what atheism is – and should be.

Ola: These are the three main lines of insight for a non-scientifically inclined reader :P. However, the book is much more complex than that: from the insightful description of the historical treatment of Darwin’s ideas and theory of evolutionism, through the biological explanation of phenomena such as yawn contagion and empathy, and political games among chimpanzees, to the discussion of the pragmatic, social value of religion and ethics as a set of rules – de Waal gives us a tour-de-force through the relatively newest achievements and findings of primatology.

Piotrek: De Waal makes a point that the common understanding of the very word Darwinism is misleading.

Ola: Social darwinism, to be precise, interpreted as a rule of survival of the strongest and fittest.

Piotrek: The way we operate as a species makes cooperation necessary, but the good impulses go beyond that, making empathy a perfectly natural phenomenon, and not only in the human world. Chimpanzee orphans often get food and protection from non-related adults, elephants help other elephants when there’s nothing to get. In experiments, primates usually try to get food not only for themselves, but also others – if they show proper gratitude. Morality often loses against the more violent impulses, even among the peaceful bonobos, but it’s a force to be reckoned with. It’s also natural, and not something we need to impose on our nasty urges. 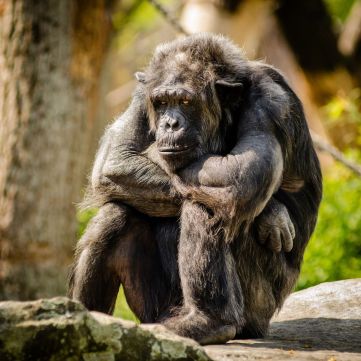 Ola: De Waal makes a strong argument for the biological roots of the existence of religious and ethical demands in the first place – if they were something going against our very nature, we as a species would never accept them. As it is, moral behaviour is undoubtedly difficult, but not impossible, because

Fairness and justice are therefore best looked at as ancient capacities. They derive from the need to preserve harmony in the face of resource competition

Piotrek: When scientists started to research the social nature of animals, it was generally concluded that the gap between human and animal consciousness is wide and unbridgeable. Now it looks as it’s only about varying degrees of complexity, but with clear similarities that can be analysed to check how we got where we are now.

Ola: I believe this is the most important message of The Bonobo and the Atheist: the mental and emotional capacities of humans as a species are different from other primates, or most of vertebrae (mammals, birds, some reptiles, octopuses) only by degrees. It is a continuum on which Homo sapiens may be the most developed species, but nevertheless is by no means unique.

Piotrek: And finally the atheism, something we can’t ignore in a book with such a title. De Waal is not a believer, and argues that we don’t need to go supernatural to explain the way we behave and organize our societies. Laplace might have been bold to say his famous words two hundred years ago, but science progressed pretty far since then. Moreover, we can also understand the evolution of religion pretty well, its sources and its role. To understand the non-human primates helps with that, as they are our only insight in our pre-homo-sapiens past – as we share common ancestors, and they are in some ways closer to them than we are.

Well, sure, but de Waal stops there and calls for truce. The likes of Richard Dawkins and the rest of the New Atheism crowd are seen as just as aggressive and intolerant as fundamentalists offering their neighbours unsolicited lectures on religion. For de Waal, religion as a natural part of human landscape should be left to its own devices. I find echoes of the (in?)famous NOMA here. This conclusion was pretty surprising to me, in a book that could serve as a great illustration to another famous quote we were born of risen apes, not fallen angels.

Ola: It not only could, it perfectly well does serve in such capacity 😛 I’d go as far as to say that de Waal’s perspective, that you compare to Gould’s NOMA, is more a matter of prescription than description. My interpretation of De Waal’s words is that he suggests how the world should be rather than explains how it really is…

Piotr: I’d argue that insofar as religion does not abstain from influencing other spheres of social reality, this is a rather naive prescription 😛

Ola: Idealistic, I’d argue, but nonetheless possible :). De Waal is a strong believer in the maxim “Live and let live”, and I fully support that view. But whatever your thoughts on atheism may be, this book is an incredibly well-researched, insightful and thought-provoking read. De Waal skilfully intertwines musings on art with philosophical questions, cutting remarks on modern schools of thought with lyrical and highly emotional stories about his own unique experiences with bonobos and chimpanzees. His approach is in equal measures balanced and bold, reiterating facts about our species and emphasizing the responsibility we have toward the world we live in. 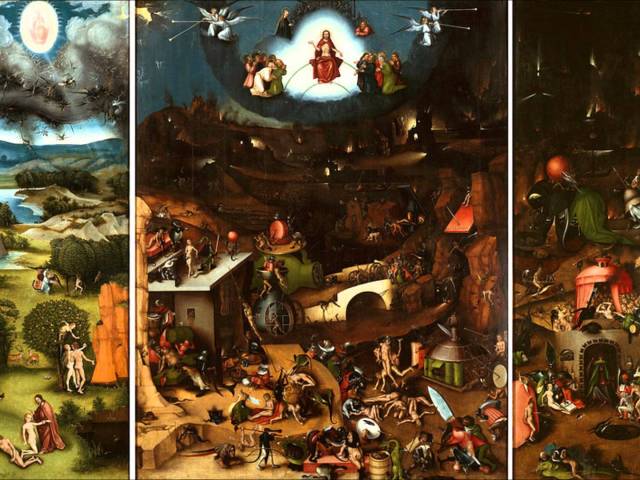 We decided to abstain from scoring non-fiction books on our regular reviewing scale. Instead, we’ll use a descriptive scale :))