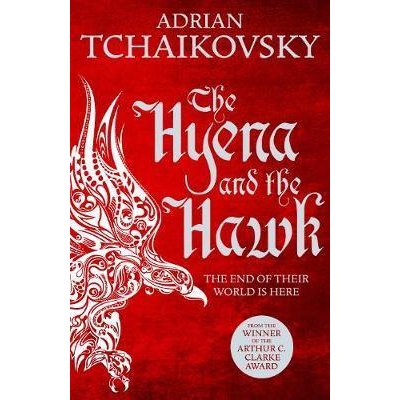 I’ve been delaying writing this review for a while now. The reason is quite simple: I couldn’t make up my mind about the final installment in Czajkowski’s Echoes of the Fall trilogy. But I figured this in itself is a fair indication of my experience with the book so there’s no need to wait until the muddled waters finally clear up :P.

I deeply admired the creativity, sheer scope, and ambition of Shadows of the Apt, as well as Czajkowski’s truly exceptional writing skills and the ability to maintain logical structure on something as immense and prone to sprawling as a series with an over 6k overall page count (not counting the short stories!). Not everything was perfect in a ten book long series, then again – there almost never is. I was truly impressed with Children of Time, a great SF standalone with a mad scientist, a colony ship, and spiders. I enjoyed the Guns of the Dawn, a flintlock spin on Pride and Prejudice. But the Echoes of the Fall, while impeccably written, left me unenthusiastic. All three are good books, there’s no question about it. And yet some vital detail is missing, and I can’t bond with the characters, nor force myself to feel invested in their fate.

But to the point. The third installment in the Echoes of the Fall series leads us back to Maniye Many Tracks and her small band of misfits, preparing to attack the soulless invaders who destroyed the Horse settlement. In the North the united tribes under the leadership of the unwilling, self-doubting recluse Loud Thunder, whose position strengthened after the victory over the Plague People on the ocean shores, prepare to march South. Asman, finally at peace with himself and his place in the world, gathers the army of the River Nation, and Venat, finally free, tries to rouse the Dragon to the oncoming war. Hesprec travels to the fabled kingdom of Serpent, taken over by the usurpers of Pale Shadow millennia earlier, either to find unexpected allies and knowledge necessary to stand a chance against the mysterious Plague People, or else – gruesome death. 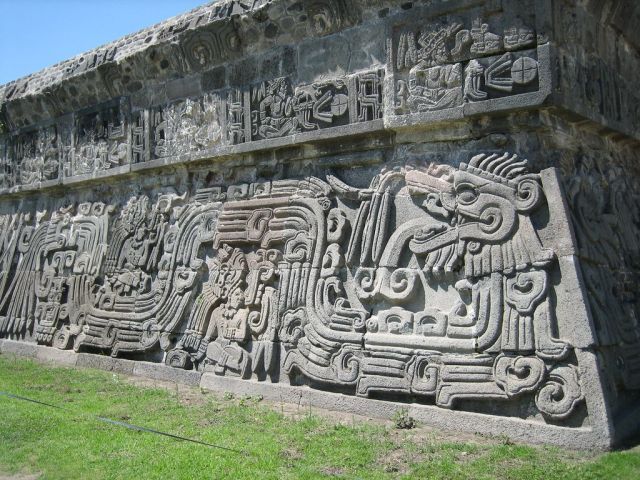 All their stories converge neatly on the Plains, where the main advance of the Plague People blindly swallows village after village, while their curiosity, uneasiness and fear grow in equal measures at the sight of abandoned children and feral beasts. The most interesting concept was the idea that the conquerors, being soulless themselves, never really realized they are dealing with other people. It took a long time, a lot of curiosity, several mediators of different cultures and experiences, and a gifted prisoner who didn’t succumb to the Fear, to bring to their attention the fact that all those wild beasts attacking them might actually be human shapechangers, and parents of the lonely children the Plague People so carefully picked up along the way. The initial differences and fears are compounded along the way, the Insect Kinden never fully appreciating the fact that their sole presence destroys a different people’s way of life, and even actual lives.

There is a wonderful episode of Maniye as a prisoner of the Plague People, evoking faint echoes of the Pocahontas myth, and another brilliant scene, revealing the true identity of the tiny Insect Kinden who, along Kailovela, was a prisoner of the Eyrie. I was happy to find there the familiar face of Shadows’ Amelia Earhart, as I often wondered whether Czajkowski will ever take her story further, beyond the Shadows of the Apt series.

There are also several strong, visually arresting moments, like the aerial bombing of the Echoes’ Teotihuacan, or the sudden appearance of the infamous Rat followers, or even the aerial attack of the Native tribes on the zeppelin of Plague People. Generally the whole book reads well, multiple POVs merging seamlessly and the action of the main plot flowing smoothly toward a preordained resolution born in the requisite bloodbath. It’s all done by the numbers. And I guess that’s my main grievance with The Hyena and the Hawk. Because in the end Echoes of the Fall, though full of good intentions and interesting ideas, feel more than a bit strained, and without flare and ambition of the earlier books or series. A work of an artificer and not an artist.

So it’s a complaint veiled in a compliment. I can’t really blame anybody for being a great artificer. However, I am spoiled by Czajkowski’s other works, and that intangible bit of wildness, of visionary abandon and creative courage is something I admired in his books the most. Maybe it’s me… And then again, maybe not :P. 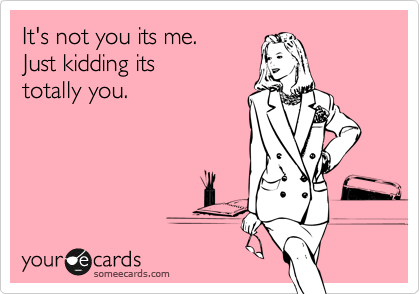 And finally, the ending. Piotrek trashed the ending of the Shadows of the Apt series, deeming it overly idealistic and improbable. Fair warning: here it’s much more so, with a glaring example of the Deus ex Machina literary concept. It’s not like it hasn’t been alluded to before in the plot, but the logic of this resolution is patchy at best, and the uneven pieces badly stitched together. There is also a strong current of favoritism throughout the book – I just knew that all the main protagonists would live happily ever after, and even the inevitable casualties among the second tier of characters were either clearly hinted at before or simply not very important. Nothing on the scale of Tisamon’s death, or even Tynisa’s, which – at least for me – distinctly lowered the stakes overall. Especially that, as I mentioned in the beginning, I never felt any special bond with any of the Echoes’ main protagonists – maybe with a slight exception for Hesprec and Venat 😀

All in all, the final installment in the Echoes of the Fall series delivers a solid, action-packed entertainment, toying along the way with more than a few quite serious questions and ideas. The answers given might not satisfy every reader, but undoubtedly Czajkowski’s take on the conquest of Americas is an intriguing and ambitious – if ultimately not entirely successful – effort of tying two separate series into one logical whole.