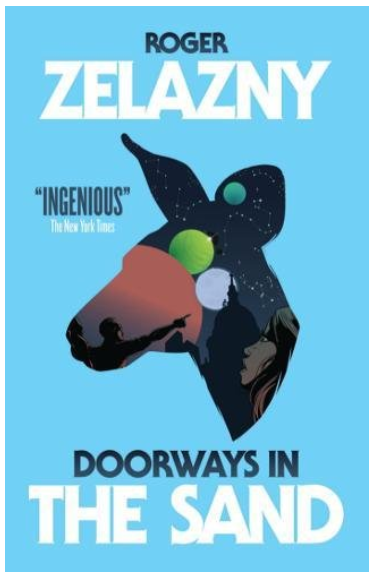 A fantastic romp through absurdity, surrealism, and wonder of a world where the galactic society is so much larger than just a bunch of ex-apes ready to leave the Earth, Doorways in the Sand remains one of lighter and funnier Zelazny’s works, nominated to Hugo, Locus and Nebula awards. It was also one of his five personal favorites, along with A Night in the Lonesome October, This Immortal, Lord of Light (one of my favorite SF novels) and Eye of Cat.

It’s an incredibly optimistic, fun, short novel, full of poetic remarks, absurd puns, Lewis Carroll allusions and crazy tidbits of information from almost every sphere of science: sociology, anthropology, geology, plant biology, architecture, chemistry, psychology, parapsychology, physics… the list goes on and on, and the best part is that the presence of every bit in the text is fully justified: plot-wise and otherwise.

The protagonist is Fred Cassidy: a very creative, eternal student who – thanks to a muddily constructed last will of his uncle Albert – made from the concept of continuous learning a fruitful way of living. Every year he receives a handsome sum for his studies – as long as he doesn’t graduate. And so Fred jumps from one major to another, alternating archaeology with mathematics, anthropology with chemistry, music studies and whatever else the university has on the offer. Who wouldn’t want to live like this? 😉 Cassidy is an interesting character, almost average but, as usually in Zelazny’s books – eccentric, with an endearing quirk or two: he has acrophilia – psychiatrically confirmed (or invented) love for heights, which instills in him an urge to climb the highest available places, from cathedral domes to the roofs of the tallest, even if unfinished, buildings. He has also an insatiate thirst for knowledge, and a real talent for dangerous adventure. 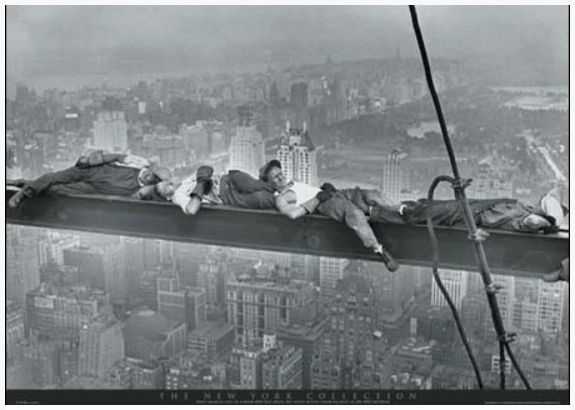 The premise of Doorways in the Sand is deceptively simple: the United Nations of Universe consisting of multiple forms of alien life decided that humans achieved the mandatory level of technological and cultural advancement which allows them to be invited to the organization. Upon the entry into the galactic UN Earth begins to take part in a complex Kula ring of exchange of valuable possessions: Earth gets a priceless star-stone in exchange for the British crown jewels and the painting of Mona Lisa. But the plot thickens when the star-stone goes missing and Earth faces a risk of infamy or even expulsion from the organization. Fred Cassidy finds himself in the thick of it, accused of stealing the artifact and chased by telepathic psychologists, sentient sundew therapist, extra-terrestrial hoodlums and doodlehums, Lewis Carroll characters, British loyalists as well galactic police in disguise of local fauna…

There are fantastic concepts delineated and applied on bare few pages, with incredible effects, such as the Rhennius machine:

three jet-black housings set in a line on a circular platform that rotated slowly in a counterclockwise direction, the end units each extruding a shaft – one vertical, one horizontal- about which passed what appeared to be a Moebius strip of belt almost a meter in width.

Putting anything through the machine (including people) results in reversing them to their mirror image: apparently stereoisotropic brandy tastes decidedly better the regular one, not to mention campus coffee ;), but it’s easy to get lost in a world which remains stubbornly the same. You need to be careful of the many variations and settings of the machine, though: turning inside out turns out to be an extremely painful – and one-off – experience.

There are bits of truly astonishing poetic whimsy interlaced with paragraphs of highly scientific language, laugh-out-loud scenes and awe-inspiring moments of sheer creativity. There’s even a mathematical poem! Doorways in the Sand reads almost of its own volition, Zelazny’s mastery with words makes them flow and dance on the pages with enviable ease. The titular doorways are the shapes made by the tide on the beach – but also the phantasmagorical, ephemeral gates to other worlds, both within an individual and beyond, in the incredibly big galaxy teeming with life and its various surprises.

The trouble with you people in anthropology, for all your talk of cultural relativism, is that the very act of evaluation automatically makes you feel superior to whatever you are evaluating, and you evaluate everything. We are now about to be evaluees for a time, anthropologists included. I suspect that has hit you harder than you may be willing to admit, in your favorite area of thought. I would then say, bear up and learn something from it. Humility, if nothing else.

Zelazny manages to cram a lot of insight and critical thought into this hilarious, crazily creative and regretfully short novel. It’s a great read, with the author of Lord of Light at his very best. But be warned: it’s one of his trademark novels for a reason, as it’s as unpredictable, whimsical and deliciously absurd as A Night in Lonesome October or This Immortal – which is a lot ;).