And the audio was consistently good, the voices of Michael Kramer and Kate Reading were often the only thing keeping me going on. I certainly wasn’t there for the covers:

The top row is actually nice, British edition. Bottom row – most recent, ebooks. But in the middle we have the ugliest of them all, and I cannot enjoy them, even ironically. Jordan had no luck with art, the only thing I have in paper, The World of Robert Jordan’s The Wheel of Time contains some of the worst illustrations I’ve ever seen published. 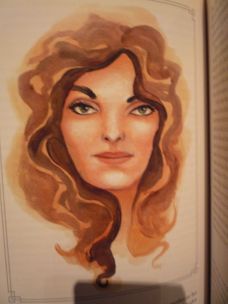 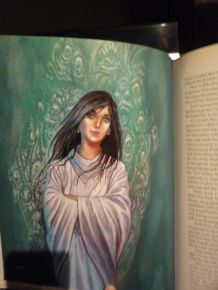 After reading WoT I was too tired to prepare a proper review. That’s what I had to say about the first instalment…

Probably the best part of one of the longest fantasy sagas. A flawed book that nonetheless holds a promise of something truly epic.

But do not start it – I mean, well, if you absolutely have to, read this one, and stop at that. Unless you want more and more of the same, with action moving so slowly that it sometimes stops entirely. For hundreds of pages. There are many reviews here giving the basic outline of this book’s plot, so I won’t repeat that. But a quick warning – whatever irritates you in The Eye of the World, will be repeated hundreds of times throughout the series. Whatever you find funny or fresh, will also be repeated hundreds of times, until you get really, really tired of it.

It’s a clone of Tolkien written without Tolkien’s understanding of mythology and story creation. And it in later volumes, when it goes it’s own way, it just sucks. It’s a failed attempt of creating a world with reversed gender roles by simply reversing the stereotypes.”The Eye of the World” is, by itself, a clumsy but fun book (thus my 4-star rating. I gave it after reading the first book, it does not reflect my opinion about the entire series). If the series gradually improved with further installments, it could have joined the ranks of solid, if not brilliant, fantasy cycles. Problem is, there is not improvement, not story-wise, not even in technique, plot devising or character development.

I’ve listened to audio versions of the entire saga. I’m a completionist and the audio is done exceptionally great – by Michael Kramer and Kate Reading, they are way better than the material they are working on. And I was stubborn – I wanted to be able to say – yeah, I’ve finished the entire series and it really sucks. And so I do.

And I had a few words about the last one:

One day I hope to write a fundamental critique of the entire WoT, describing why, in my opinion, it fails big time in all its goals. Meanwhile – a few short thought of series’ finale. 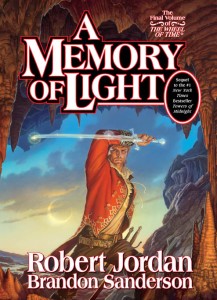 I hate the Seanchan more than the Big Bad One – he’s a bit cartoonish as a villain, whereas the Seanchan are a very human empire of evil. And Aludra, of all people, setting off fireworks for them in the epilogue… that was just disgusting. Seanchan are villains in a way we like our villains to be in the modern fantasy – yes, they are good people among them, yes, their system, while taking the freedom from its slaves, gives them some security and, when you compare some of their leaders to their opposites in what stands for this world’s free world, you may wonder who is right. For a while. But ultimately it is a slave empire with its rule based on dehumanization of an entire group of its subjects.

The ending is not consistent with the vision of the WoT lore I had from previous books, with how we were shown that there is evil beside Dark One and that he does not offer a choice of going dark or not – he compels, turns against one’s will at least as often (not to mention that Pattern does not really gives you that much of a choice in this world ruled by Ta’veren and prophecies).

And it leaves me unsatisfied – so much we don’t learn about the future of the world and our heroes. For a saga so long, there is no conclusion.

It’s a bad ending to the series, but it’s also not a very good book by itself. I love epic battles, but battle scenes here are very repetitive. And I don’t feel the scope. The presence of hundreds of thousands of Aiel, of the entire Seanchan army, of Diabolus-ex-machina Sharans… and thousands of channelers from all possible tribes – is not felt. We have lots and lots of similar duels and skirmishes but not a truly grand battle.

All in all – a weak ending to a series that did not deliver what it promised to, back in The Eye of the World.

Now, some time later, the details are blurry, but the overwhelming feeling of boredom and disappointment remains. I remember taking a tram to work, early in the morning, listening to one of the books. There was a particularly pointless walk of some characters through the corridors of some palace. I’ve dozed off for a few to ten minutes, and when I woke – they were still walking, nothing of consequence having happened (I’ve listened to the part I missed, later).

I mean, forget the author’s penchant for suggestive torture and annoying female characters, there are serious problems with writing and structure. And worldbuilding. The secret of good worldbuilding lies in quality, not quantity. Thousands of pages of repetitions and cliches, with indistinguishable kingdoms and hundreds of variation on a few character types.

Strong women… yes, it’s a word largely ruled by women, and with gender roles reversed in most societies we encounter. How? By taking some of the dumbest stereotypes and applying them to different gender than usual. Resulting in some of the most annoying female characters I’ve ever seen, actually…

After suffering through way to much of WoT I both hated  how the entire thing ended and found it hard to believe that it resulted from how the story started and progressed.