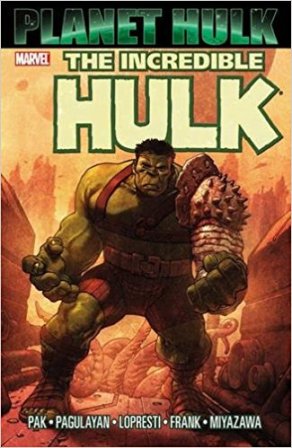 Piotrek: We did not like Thor: Ragnarok. I was unimpressed, Ola hated it almost as much as Wonder Woman.

Piotrek: As we’ve mentioned, one of the reasons was the lack of respect towards the material it was supposed to adapt to the silver screen. Another – a feeling that it could easily be more entertaining, but also much, much deeper.

It’s rather obvious that it’s not really Ragnarok, even if you’ve never read a proper retelling of the Norse myths. The other distorted story is Planet Hulk, a great Hulk story arch. For me, Hulk  was never a favourite. I’d rather read an essay on what he represents than suffer the stories themselves. Big green whatever. And then, earlier this year, I’ve read Planet Hulk, a nice edition borrowed from Ola’s extensive collection, as a part of my preparation for the third Thor piece. I loved it.

Sophisticated, fun story that gave our big green hero new dimensions, taking the action to previously unknown parts of the universe. Possibly great step on the road to some epic space crossover, like Infinity Wars. And the culmination of this would be a real Ragnarok, where more than just Asgard gods die to pave the way for the next generation…but enough about the MCU, this is about comics.

Ola: Hulk is a very particular character. Created as the new retelling of the old Dr Jekyll/Mister Hyde story and Frankenstein, which in itself never really appealed to me, Hulk comics are full of anger, angst and guilt, interspersed with spectacular smashups. I tried some of the more popular and more acclaimed old stories about Hulk and they just didn’t work for me. Even Hulk in the new, Ultimate version is a rather off-putting character: the cannibalistic, aggressive, primitive green monster coupled with a highly intelligent but cowardly and small – metaphorically and literally – scientist. Millar clearly doesn’t like him, thinking Hulk a necessary evil in a world of greys. He’s a monster, but he’s our monster.

More often than not Hulk himself is a danger the Avengers or other special agencies must deal with – he’s unpredictable and destructive, like a force of nature. On that note, I’m still waiting to read Hulk: Gray by Jeph Loeb and Tim Sale – I’ve heard a lot of good things about this short series!

But it was Planet Hulk storyline that changed the image of Hulk for me – for the better. It is one of the most complex, psychologically sound and fantastically entertaining Marvel stories, combining great action scenes with emotionally loaded character-driven moments. And what’s most impressive, Bruce Banner shows his puny face only for a moment. It’s the green monster who lives through all the tragedy and loss, dejection and despair, to the perfectly happy, if a short-lived triumph. It’s Hulk who truly seems to learn the values of friendship and responsibility. Banner is his core, the vulnerable center of his personality, but he doesn’t call the shots. Out of the necessity for survival Hulk needs to be in charge – and the beauty of Planet Hulk is that those two sides of one person can actually merge and coexist, not fight. On the planet of monsters, being one doesn’t make you special. What you are is not determined by your looks.

Piotrek: This aspect was actually hinted at in the movie… in this comic the dichotomy between Dr Banner and his monster is overcome and it is the green monster who grows. It’s a more interesting story than the usual subjugation of wild monsters by civilisation. I hate such subversions when they’re done badly, but this is a good one. Don’t get us wrong, there is still plenty of smashing, but with quite a bit of thought behind it. Hulk stands here as a hero in his own right.

Ola: And he acquires quite a team of equally monstrous friends and followers. They have their own story lines, well developed and emotionally gripping, some of them easily rivaling Hulk’s own history.  Especially Miek’s story was tragic and perfect, a great counterpoint to Hulk’s adventures on Sakaar.

Piotrek: A little bit about the actual story. Hulk gets sent into space, just as in the second Avengers movie, and, just as in MCU, goes off course, landing on a planet called Sakaar, where oppressive regime under the Red King, ruler lacking Jeff Goldblum’s sense of humor, organizes brutal arena fights. Enslaved Hulk is forced to compete, and meets a team of characters, including real-Korg and real-Miek, infinitely more interesting than their MCU versions. We have interesting alien societies waging epic wars, complicated personal choices, and Hulk you’ve never seen before in the middle of all that. Korg and Miek are especially interesting, and through them two very different species are added to Marvel universe. Silver Surfer also plays important part, and a good one – new idea for me, I’ve only seen him in one disastrous movie.

Ola: There’s of course the whole backstory of why Sakaar is such a hostile, deadly place – and it is a crazy, cosmos-spanning tale allowing Hulk his redemption.

Piotrek: Was the final catastrophe necessary? In a comicverse like Marvel’s, with the limitations its continuity puts on creators, perhaps so. I’d accept a two-arch version of Hulk (first, his origin story, second – Planet Hulk) that just ends here.

Ola: I’d be happy without it. But from the World War Hulk perspective – the tragic and beautiful end of the world was an absolute must 😉 Hulk comes back to Earth, angrier and more monstrous than ever before, to fight against all the Earth-bound Marvel heroes. In a way, he comes back to his roots and confronts the people he called his friends, or even family. Which leads to even more epic smashdowns, even if devoid of the thought and subtlety of Planet Hulk. But hey, you get panels like these: 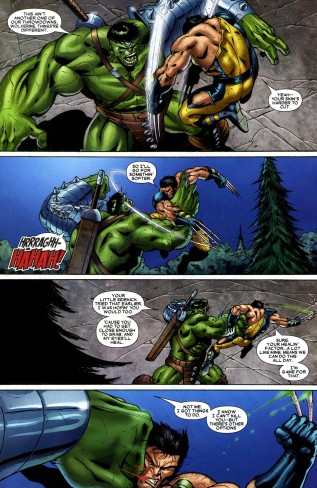 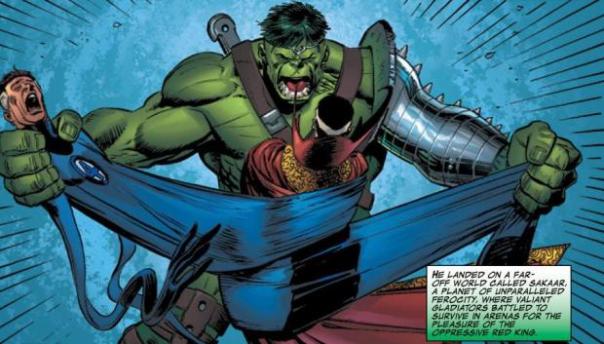 Piotrek: To sum up –  a highly recommended story arch that shows the potential of Hulk as protagonist, and if it’s unlikely now it will ever be properly filmed – well, now everything needs to be seen as live action. There is a partial animated adaptation, but I haven’t seen it and it doesn’t cover the entire story, so I fully endorse the printed version 🙂