I’ve reviewed volume one here, now I’m back with a few words on the second one. 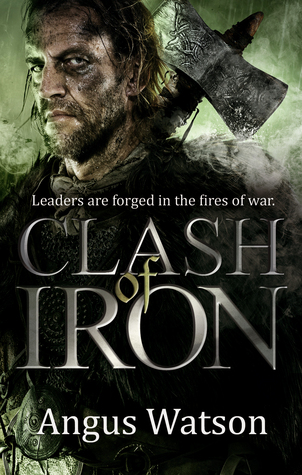 More of the same… good, bad and mediocre alike. I’m unimpressed and I won’t stay around for the final one. Maybe the author is better suited for s/f? Or contemporary military thrillers? The plot is not dumb, jokes would be ok if they suited the epoch, but  my immersion was broken every couple of minutes (I listened to the book on Audible), because there is nothing authentically ancient here. Actually, this was a final straw – after thinking about it for some time, I’ve suspended my Audible subscription, instead of going for the third Iron novel. I still have a supply of unread books there, including Bernard Cornwell’s, author as (ok, more) readable as Watson, and historically accurate.

Romans… it’s not even that they’re stereotypical, and they are, but also deprived of any depth, cartoonishly stupid (one wonders how they managed to create their powerful armies…) – with one exception in Caesar, smart, curious and resourceful leader who is definitely my favourite character in the book. But his victories are usually products of his nefarious wizard’s dirty tricks, not Caesar’s sharp – and quick – mind.

In this case, historical events are not made more interesting by the addition of magic. The entire Gallic war gets dumber actually. And for me it’s enough to more than counterbalance the fun I get from the quick action and a few likeable characters.

The latest Dan Carlin is about this very topic, and it’s a few hours of passionate, informative material by a great storyteller. Bernard Cornwell wrote a few novels taking place in early medieval Britain, not the same period, but way more realistic.

It is not easy to write a good historical fiction. Research is crucial, sure, but it is not enough. Watson definitely read a few books, and is eager to show off. He is going about it the wrong way. Some of his characters talk in quotes from the latest scholarly analysis of Roman politics  (it seems that The Grand Strategy of the Roman Empire was popular thousands of years before it had been written 😉 – I’m not surprised it’s a great read!) and Celtic economy (in his Britain, feminist revisionism is more popular). Tell, Don’t Show is usually a mistake, not only in historical fiction. It’s even worse when no attempt is made to understand the different minds of people living ages before our times. It is not possible to actually reconstruct how the perceived the world, but it’s 1) one should try, and maybe get halfway there 2) this attempt does not have to be totally accurate to be convincing, and that’s the secret of successful historical fiction writers.

Historical fiction is not an easy way to avoid the perils of world building. For me, an avid reader of both genres, it’s actually easier to forgive mistakes and simplifications in a readable fantasy novel, than in a story supposedly happening somewhen on our Earth.