I should start with the old and worn saying: “never say never”. For despite my scalding review of the second installment, Golden Son, and doubts the size of Godzilla I did reach for the conclusion to the Red Rising trilogy. Availability is key, you might say, especially on long train trips 😉 Aaand a promise of mindless entertainment 😉 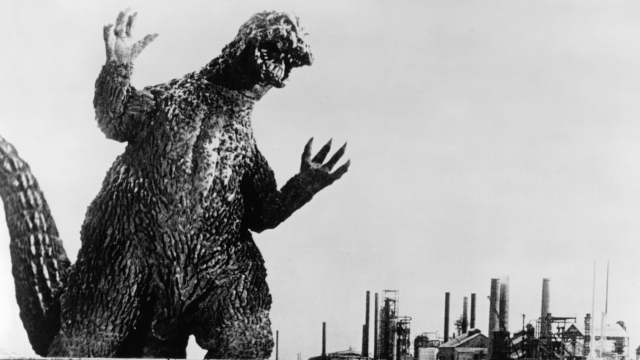 I’m therefore pleased to say Morning Star is better than Golden Son. As the trilogy’s finale, it has all the advantages of tying up every unfinished thread, and bringing logical and emotionally satisfying conclusion to the story, in the hopes of becoming the crowning achievement of the author.

Red Rising trilogy, just like an old-fashioned computer game, lines the problems up from the easiest – the Institute in Red Rising – to the most difficult – i.e. the whole solar system in Morning Star. The villainous bosses are also gaining weight and powers as the books flash by, and this time the main villain is the Big Bad herself, the autocratic ruler of the solar system, Olivia au Lune, and her sinister right hand, Aja. Not to mention the Jackal, the scourge of Mars, the evil twin of Mustang and the terrible alter ego to Darrow. A double Mr Hyde for the price of one! :).

But let’s leave the summary for later. Now back to the premise. Red revolution led by Sons of Ares is in stasis; Sevro, the lead Howler and the new Ares, devotes all his energy and resources to find Darrow. It won’t be a surprise to anyone if I say that Darrow lives, and once again is rescued by his friends – it’s just the beginning of the story. But now the Sons of Ares face the greatest challenge of all – they need to win hearts and minds of the whole society (maybe except Golds) in order for their revolution to have the slightest chance of success.

This time the story finally grows a bit more complex: there are different factions and interests at play, and more than two sides to the social reality of Morning Star’s world. There are some tough choices along the way, and a surprise or two as well. It’s definitely a welcome change from the previous two books, where everything was painted black and white – or Red and Gold, to be more precise. The world is not an Institute is a truth Brown seems quite intent on delivering, several times, with varying force and rate of success.

I must admit that Brown gets constantly better at one thing, and no mean thing at that – the action scenes. This time there are several really well written pieces: from the beautifully planned spaced battle, deftly alternating the vastness of cosmos with the tight and claustrophobic confines of space ships, to a close-up of a bloody three-to-one fight and a double duel in the arctic wastes of Mars. Emotionally satisfying and visually pleasing, and what more could you want for your dose of well-deserved entertainment?

All good, it seems. But the problems – various and multiple – are still there, some of them coming hard and heavy, as Brown himself is fond of saying. The biggest issue is still the abominable flatness and total immaturity of the characters. Even the allegedly smartest ones… Not to spoil anything, but to come up with some of Mustang’s schemes you’d have to be a confirmed psychopath. All the boxes ticked on this one. The main character, Darrow is as dumb and full of big words as ever, the terrible experiences leaving just a thin veneer of pseudo-maturity which comes off at the first scratch. As once again we view all the events from his POV, the narrative very quickly becomes tedious and tiring. Brown just cannot stop himself from delivering a constant stream of lingual diarrhea, punctuated much too often by dots. A sentence. Longer than five words. Is simply too long. For him.

The whole cast has some serious psychological problems. Whomever you take, under closer consideration he or she seems to have been repeatedly hit on the head with a heavy tool. Let’s take an internal misunderstanding between Darrow and Sevro. How do they solve it? Of course, by beating the shit of their respective asses on the corridor of a spaceship. Normal talk is not something real guys do – at least according to Brown. Every so often there’s bound to be a really lame attempt at genital humor, because apparently that’s what real men do while bonding. But that’s something you either get used to or you don’t. However, the amount of guilty pleasure in the form of self-flagellation is staggering, and this time it comes from all directions – even from Sevro, which was an unexpected letdown. You’d hope for at least one normal person in the whole zoo…

And once again the plot seems something forced and more than a bit artificial. Instead of flowing fluidly with its natural pace it is bent out of shape according to the author’s obvious needs; certain key plot resolutions (ekhm, Luna!) seem so implausible and far-fetched that even in the middle of the non-stop action the reader is compelled to stop and think: WTF?!

There are two more issues with this book I feel I need to mention. The first one is quite straightforward: the real badasses of Red Rising trilogy are – with two notable exceptions of Quicksilver and Ragnar – women. All the male protagonists are either mentally or psychologically disadvantaged: they are either boys in the bodies of cosmic warriors or total nutjobs with complexes the size of the solar system. Women wear the pants in this story – they are the biggest villains and/or the biggest saviors, they rule and divide and decide the fate of the world. Say whatever you wish, in my book it’s still sexism, even if the other way round this time.

And with it comes the final problem, namely: the ending. I found it vaguely troubling. I think I understand Brown’s rationale here, to aim for something realistic instead of utopian, but the end result was for me mildly disappointing. I had trouble with the whole social and axio-normative concept of Red Rising from the beginning – it seemed  simply unfounded. I decided to roll with it – every author has their rights to create their own world and choose which fundamentals, axioms and laws from our own reality apply. But the choice one makes counts; it says a lot about the author’s views of the world. And here, at the end of the Red Rising trilogy, I confirmed that my views differ radically from those of Brown. Authoritarianism is authoritarianism, no matter whose face it has. Maybe it’s time for V for Vendetta review?