So it’s ended. The great Witcher re-read and 200+ hours gameplay of Witcher: The Wild Hunt and both major DLCs. And now – what to do? I got my life back and it’s just not as fascinating as the game. Even the trees outside, they’re not as bright and beautiful as in-game ones. Huh.

Now I guess I have to start playing Dragon Age: Inquisition 😀

And read books I could review.

Also, Dr Strange hit cinemas, Luke Cage is on Netflix, and yearly Book Fair opens in Krakow tomorrow. So, not all is bad. And all these are topics for blog posts.

Right now, spoiler heavy bragging about state of the world at the and of my gameplay.

Geralt of Rivia is one of many genre media characters that deserve a nice retirement. And so is Yennefer of Vengerberg. How about a private vineyard in Provence-like Toussaint? They can contemplate there how Regis, Dandelion, Yarpen, Triss and many other friends are alive and well, how emperor Emhyr isn’t (hell yeah, I just wish I could deliver the final blow myself… I’ve dreamed about it for more than a decade, and all I got to do was throw some insults… but luckily some Nilfgaardian schemers finished him off anyway 🙂 ). Filippa Eilhart is, regrettably, still kicking, but without the influence she’s used to, at least her mood is bound to be terrible.

Djikstra united the North in the best political solution available, and if some bodies had to pile up to achieve that… Roche was not really one of us… 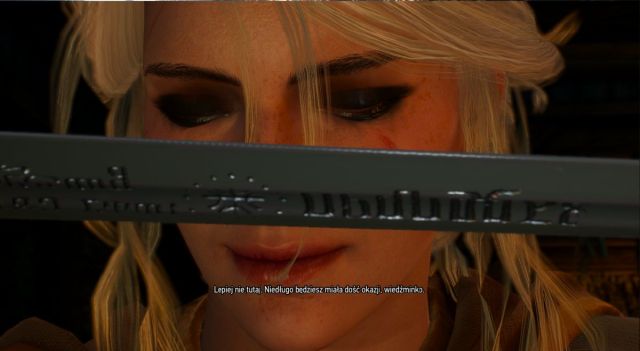 Ciri, free of all the political manipulation, can follow Dad as the first Witcheress. After defeating the terrible winter that could destroy the planet.

If saga ended like that, it would be corny. As a video game ending, one I worked really hard to achieve, it’s immensely satisfying.

Serious review of both the game and the books is in the works, for now I’m just enjoying the view from my porch 😉

4 thoughts on “Life after Witcher”