My vacation is coming, so instead of a full review a short list of recommendations.

I don’t really know why, but my summer readings tend to be rather heavy – SF, military fantasy, everything that is long and massive and emotionally wringing. Everything that I don’t have much time to read during the year. This year I plan to read quite a few heavy, massive doorstops, and a couple of classic SF novels. Starting with grimdark favorite The Darkness That Comes Before, going through SF/fantasy mix with fairies, Little, Big, and on to classic SF: Flowers for Algernon and A Canticle for Leibowitz, below’s my list of summer readings.

The Darkness That Comes Before 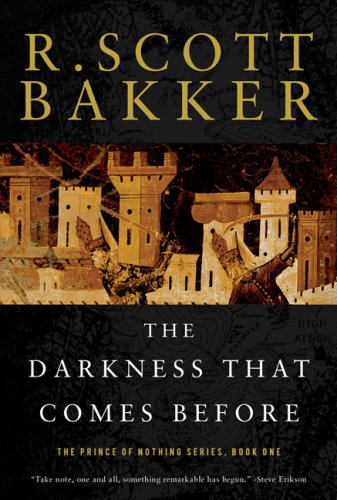 Scott Bakker’s first novel in the Prince of Nothing series, published in 2005, is either hated or loved, and the reviews generally tend to be full of big words. “Beautifully written”, “massively epic”, “fascinating”… or “all tell and little show”, “I hated it”, and “merely competent”. It’s one of those books written by – or for – compulsive-obsessive writers/readers: maps, character and faction glossaries, maps prepared by the author, historical allusions… Whatever you’d want to ask, it’s there 🙂 A densely written, rich world with grimdark twist – at least that’s what is promised us on the cover. I started reading it a few days ago, but because my vacation hadn’t started yet, I didn’t get too far. It started all right – not breath-taking awesome, as some of the reviews claimed, but also not terribly boring, as other reviewers seemed to think. It falls into a doorstop category: 644 pages. 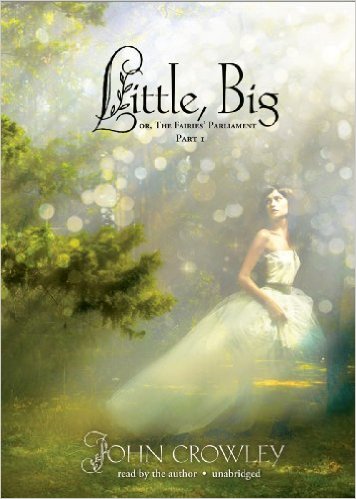 Another doorstop,538 pages in small print, the edition from the Fantasy Masterworks series by Gollancz came into my hands courtesy of Piotrek. John Crowley’s most famous book, published in 1982, has been often compared to Tim Power’s works. That’s a big recommendation for me, Power’s The Anubis Gates is among my favorite books. The list is pretty long, granted, but still – it’s one of the books I’d love to have in a nice, dead-tree version, and that is saying something :). Little, Big or the Fairies’ Parliament is a family saga spanning four generations. Categorized as fantasy and as SF, it has inspired many writers and had been widely acclaimed by critics(Winner of World Fantasy Award, nominated for Hugo, Nebula and Locus awards), but among the average readers it has its lovers and its haters in almost equal proportions. I’m pretty curious about this book. I’d love to read something fresh and insightful about Faerie – most of the new works treat Faerie rather schematically and half-heartedly, and I’m pretty fed up with that. 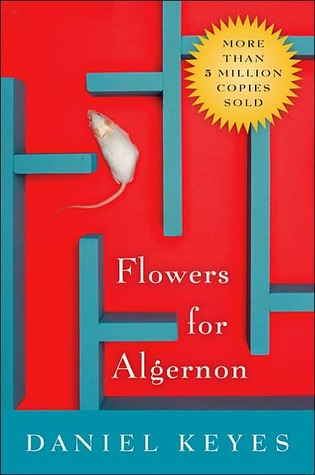 A SF classic, travelling to me from the UK as I write. A proof that there are good sides to Brexit after all – just look at the pound/zloty ratio :P. Hard to believe I hadn’t read it yet – well, I freely admit that my SF education has been rather patchy in places ;). Daniel Keyes published it back in 1966 (the short story was published in 1959) and won Nebula for the novel and Hugo for the original short story, losing the Hugo for the best novel to Heinlein’s The Moon Is a Harsh Mistress. What times these were! The book is also on ALA’s list of the 100 Most Frequently Challenged Books for the nineties, along such works as The Adventures of Huckleberry Finn, To Kill a Mockingbird, Lord of Flies and Slaughterhouse-Five, which is a reason in itself to read it ;).

A Canticle for Leibowitz 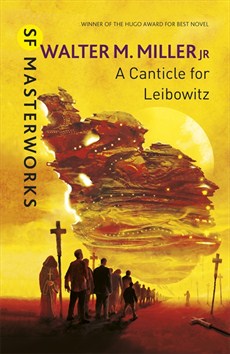 Another book bought this summer and coming from the UK. Another classic, the winner of 1961 Hugo award, and the only novel of Walter Miller Jr. published during his lifetime. What to say? Consistently voted as one of the best SF novels ever (!), an unending source of inspiration for many contemporary writers, transcending the limits of the genre, it’s simply a must-read. I’ve heard so much about this book, that I wonder now if it lives up to the expectations ;). But my hopes are high: it has everything I could wish for: war, religion, philosophy, conflict between church and state, apocalypse and renewal… 😉

Well, that’s it for now. As I look at the list I start to doubt I’ll be able to go through all of them during my vacation, but who could blame a dreamer? More books are flying to me as I write, and those I will leave for the next time :). Happy reading and great summer break, everyone!