You read this pretty standard post apocalyptic horror and you think… ok, cool, but what is all the noise about. And then you realise it was written 60 years ago. And is way better than 2007 Will Smith movie. 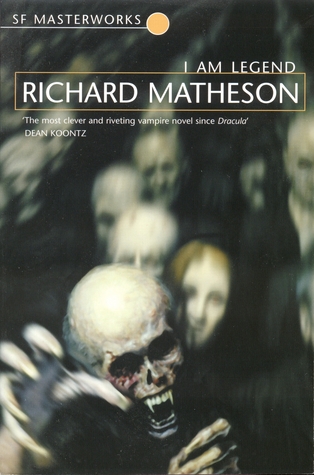 One of the fathers of zombie apocalypse genre, even if the monsters are called vampires. Short, grim, bitter. With a pinch of… hope, at the end? Maybe…

Robert Neville is the last living man on Earth… but he is not alone. Every other man, woman and child on the planet has become a vampire, and they are hungry for Neville’s blood.

By day he is the hunter, stalking the undead through the ruins of civilisation. By night, he barricades himself in his home and prays for the dawn.

A few years, if he’s careful enough. The details of his survival tactics… less description than in Robinson Crusoe, luckily. All the pseudo-scientific rationalisations of the plague do not sound very credible. Language is a little stiff but stands the test of time better than many of book’s contemporaries.

Still, with 160 pages it’s too short to really make you angry at any of its shortcomings.

The good stuff? In the mood. Neville is the last man, a lonely being fighting only for his physical survival in a world that will never again be ruled by humans. Most likely he will never again meet any. Alcoholism, depression, despair.

And then, after the plot twist, the strength to let it go, to recognise that the world moved on and the place needs to be made for the new, human-less order. I don’t think I could be that generous.

No book could ever make me afraid of ghosts and vampires. But this short novel gave me one thoughtful afternoon.