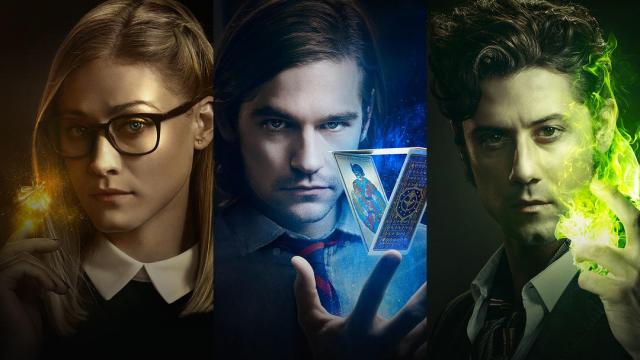 Among all the genre TV coming our way The Magicians might be the show that makes me happy the most. It’s a sign of SyFy’s resurgence I can watch – Expanse is reportedly great, but I still have to read the books. And I might do that soon, because after listening to Geek’s Guide to the Galaxy’s episode 180, I’m pretty fired up for the series. Listen to it, or at least read the summary.

Today’s show’s source material, The Magicians Trilogy by Lev Grossman, published 2009-14, was not an easy read by I enjoyed it immensely. So much that I invested in this beautiful boxed edition: 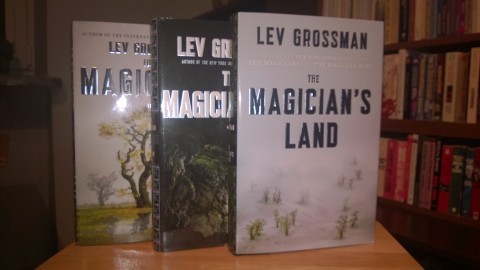 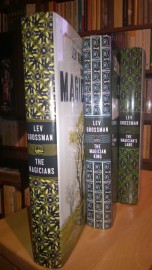 And it was even reviewed by me in the very first post on this blog. In Polish. So now – international edition followed by a few thought on the series.

Harvard, Yale, NYT, Wired, Wall Street Journal… our author polished his skills in quite a few distinguished places. And he doesn’t hide that fact. I remember hearing one podcaster with community college background that he felt rather overwhelmed by Grossman. My initial impressions of the books themselves – cold style, slightly pretentious. Technically faultless, very sophisticated, maybe too many references and allusions. First attempt, during long bus travel, was unsuccessful and I gave up. But it was somewhere on the list of books I want to get back to and when the third instalment got published I tried again. I got used to Grossman’s style quickly this time and read the entire trilogy at once.

In the first novel we meet Quentin Coldwater, a brilliant but socially and emotionally inept teenager from contemporary New York. Who gets to Brakebills, a secretive college for… magicians, of course, hence the title 😉 We got our secret magicial community, student life, parties, relationships, parents who do not understand, in a world that does not forgive innocence and easiness. And we get Fillory, magical parallel world taken from our protagonist’s favourite children books. That contrary to popular belief are proven to be non fiction. Oh, and we have at least two strong female characters. Playing significant role and both more competent and likeable than Quentin.

The Magiocians are often called “Harry Potter for adults”. That is not without merit, but I’d say it’s rather a crossover of Potter and Narnia for blasé highschoolers. But good. And volumes 2&3 do not really have that much from Potter,  more from perversely reinterpreted Narnia. And we are constantly reminded that both the author and most protagonists had read Tolkien, Pratchett, T.H. White… It’s definitely a post-modern fantasy artfully playing with tropes. Sometimes it’s being criticized as an empty shell with nothing significant under all the references. I disagree. For me it’s a gem for genre lovers, I’ve read most of the books influencing Grossman here and I enjoy the game.

But it’s not a surprise that Grossman is an enthusiast of fanfiction.

Ok, so what we have here is neither typical urban fantasy nor stand-offish experiment of an overeducated fanboy. For me it’s fantasy psychologically and sociologically realistic. Our world collides with a parallel reality of magic and the result is not a fairy tale. Magic does not automatically give you happiness, you still have to work for it. It does not solve your problems. Overconfident protagonists suffer and learn their hard lessons. And that makes it possible to like them, in the end, even Quentin, who definitely starts as a jerk. I couldn’t stand him in the first chapters, it’s hard to argue with one of Goodreads reviewers: ‘The story of a quasi-sociopathic high school cretin who mouth-breathes his way into an exclusive fantasy club of hedonistic wizards’. But he grows up and gets smarts. Which is often the hero’s most important quest in good literature.

I have a feeling that magic, should it be introduced to our society, would look something like what we find in Grossman. And I’m happy it’s unlikely to happen.

The best of three is, for me, the final tome. And I don’t mind the ending. It’s… satisfying. I’m not a big fan of ending like this one, but here it fits. But I won’t spoil it.

Two of my favourite quotes:

Genuinely social people never ceased to amaze him. Their brains seemed to generate an inexhaustible fund of things to say , naturally, with no effort, out of nothing at all.

This wasn’t Tolkien — these weren’t orcs and trolls and giant spiders and whatever else, evil creatures that you were free to commit genocide on without any complicated moral ramifications.

Orcs didn’t have wives and kids and backstories.

TV series is, as it has to be, more accessible. It sometimes has the air of YA drama. The sets are great, I have no quarrels with the casting, I especially like the dean, but our young protagonists are also great. With possible exception of Alice who is kind of too hot 😉 Not – for a smart decisive girl. In comparison to book-Alice. But I guess that’s how the TV works… a bit like this show about ugly girl that just needed to change hairdo and glasses and magically became a beauty. 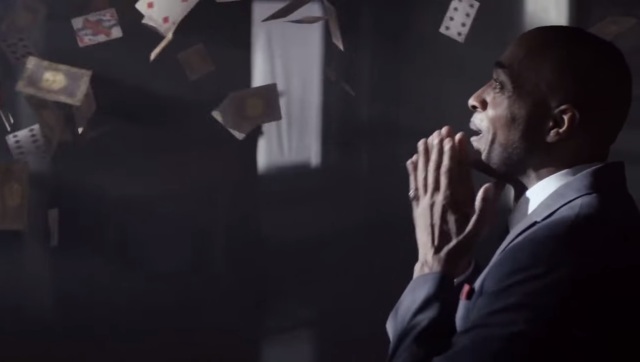 The characters are older than in the books, Brakebills is a post-graduate school not college, but that is not a problem so far. Also there are some major plot shifts. Not changes, but we can observe some stuff that in books we learn much later on. As Grossman wrote:

The answer to all of this is basically, because of TV. It’s a different medium, and you tell stories differently there. Not everything translates directly.

I don’t want to overanalyse the show at this point. But I enjoy it, I’ll watch it all and I’m optimistic about the quality of the rest of the episodes.

In conclusion… it doesn’t matter whether you start with the books or the show. This kind of literature can be enjoyed even if you know how it ends 😉 But give one of the two a shot.

8 thoughts on “The Magicians on paper & screen”