First, a confession: I am a fan of the original trilogy. More of a fan that even I expected, but that’ll probably become evident soon enough. I enjoy the world, the characters, the myth that underlines it all and binds it together. I will scoff at some of the story devices, at oversimplified psychology, and so on, but parts IV, V and VI of Star Wars have a special place in my heart.

With that in mind I can jump to a short and almost-spoiler-free review of Star Wars: The Force Awakens :). 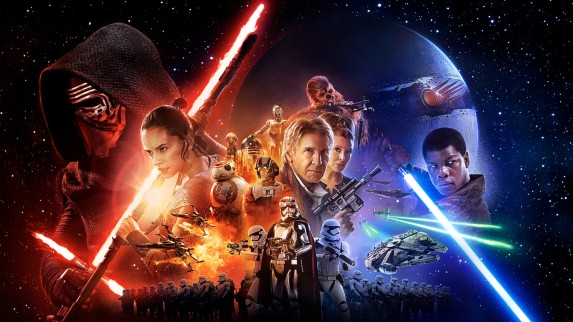 Pros: the deference to the original trilogy.

Cons: the deference to the original trilogy.

And that’s it, in essence.

The cons, well. The list would have been much longer, had I not promised that I’m going to avoid spoilers :P.

I liked what Abrams did with the Star Trek franchise – he was mindful, but not overly obeisant. He built something new on the foundation of old, respecting the sentiments of the audience but at the same time creating a new, engaging story (especially the first movie). I’m all for tributes – I just prefer them more intelligent, questioning the boundaries, heading in new directions, not religiously devoted to keeping to the old, known – even if loved – themes and narratives. I enjoyed the movie, don’t get me wrong. The Force is still with the Star Wars. It’s just that this time there’s less of it. There’s a saying in Polish that imitation is the highest praise – and that’s what Abrams’s movie is.