There are many books I want to read. There are thousands of books I’d like to HAVE. And there are some favourites. It’s not enough for me to have a well-read paperback of, say, Dune. I’m looking for a perfect version.

Well, I’m not in position to spend hundreds of credits on signed first editions. And I’m not looking for an investment. It’s just that I want to have nice looking copies of the books I love.

I got it covered, mostly. I’m just waiting for somebody (Folio? Subterranean?) to publish an ultimate edition of Zelazny’s Amber. Because ultimate Dune I already have. Arrived last week from The Folio Society. 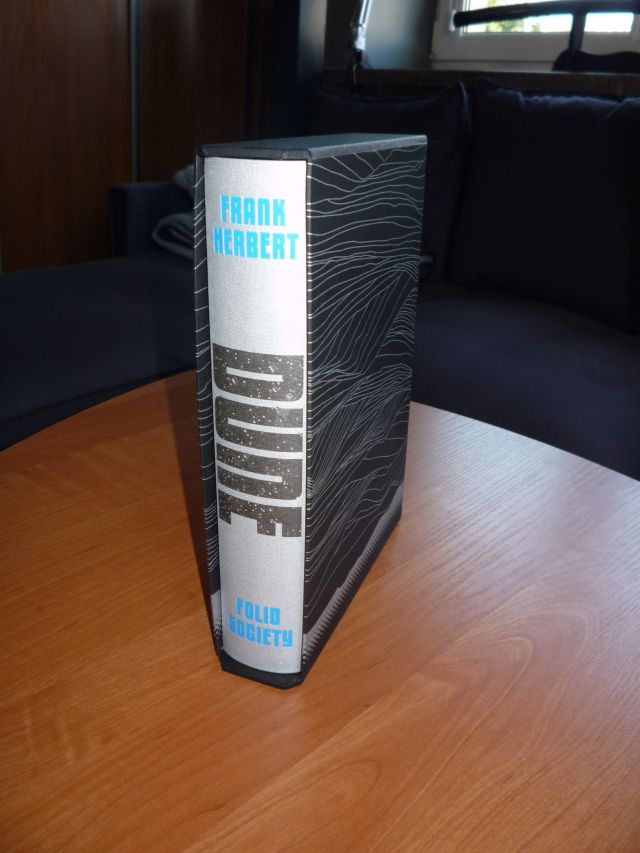 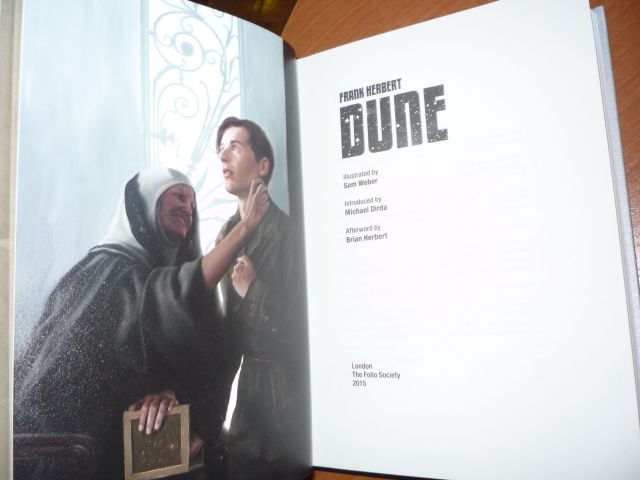 Universally praised edition that has its own trailer.

Great, great illustrations, haunting cover, nice font… I could just stare at it for a log time. Well, I am right now.

And it is the fourth version of this book I’ve bought. First was a terrible Polish translation, paperback with and ugly cover, then passable Polish hardcover, excellent Gollancz SF Masterworks hardcover and, finally, this. Now I can rest in peace. On a sofa, with my book. Although I will buy some disposable gloves first, probably, I want it to last 😉

I had to brag, sorry.

Now a short review of an urban fantasy series that already appeared on our blog. Ben Aaronovitch’s books about a young officer from London, Peter Grant. Who, one day, discovered, that there are more things in Heaven and Earth, than he ever dreamt of. In many ways it’s a police procedural, complicated by a fact that procedures must include ways of dealing with the supernatural. We have system of magic developed by Isaac Newton, who established a society of civilised practitioners – one that our protagonist joins as Britain’s newest wizard-copper. And a big underworld of unauthorized magic, supernatural beings, spirits and goddesses (“Rivers of London” – not an accidental title of the series). The worldbuilding is great so far, because it’s restrained. We learn one thing at a time, the author doesn’t feel the need to throw every popular magical creature at us. People like Charlaine Harris populate their urban fantasy with every unnatural race imaginable, one wonders if there is space enough left for people. Ben Aaronovitch has a sense of moderation. God (of Thames) bless him.

London features prominently, it is very much a series about a city, when I was there on holidays – I took with me a list of places I wanted to see solely because Peter Grant had something interesting happened to him there. Beginning with the Folly, HQ of London’s supernatural police, a force of two – Detective Chief Inspector Thomas Nightingale (a quintessential British gentleman and a badass wizard, in his youth a nemesis of Nazi mages) and our hero, police grunt and wizard’s apprentice.

One of the series’ unique features is the way it shows the multi-ethnic character of modern Britain. Peter Grant is “ethnically challenged” [sic!] – African roots of his family play important role and are treated as something natural in XXI-cent. London. And they are. Peter Grant is very British, but his heritage gives him unique perspective and enriches the books vastly. It’s a kind of multi-culti one can get behind. And it goes deeper. In Aaronovitch’s London the immigrants have grown into the very essence of the land, the world of its natural spirits and local gods.

Female characters… are strong (Grant’s mother! a strong woman if I’ve ever seen one, and Lesley very much, goddesses..), interesting and important, but the main protagonist is Peter, with DCI Nightingale close behind.

There is a good balance between the main story, developing slowly, but constantly, and detective mysteries of each individual book. I have a feeling that it’s going to be epic and avoid the traps that some other authors fell into.

The novels are mostly well-written, pacing is usually good, but its a pleasure that causes no guilt in me, but it’s a series of enjoyable page turners, the best of genre fiction not pretending to be more than it is.

As I said, the latest instalment was already reviewed here. Not the best one, but as you can learn from my comment I still liked it a lot. Book no 6 will be published this year, although I’ll wait longer – I began buying the series before it gained enough fame to be published in hardcover, and now I keep it on a shelf where only paperbacks fit :D. Covers are consistently great, that’s very important, and a graphic novel is being published, but I haven’t read it yet – I’m not the big fan of the art samples I’ve seen, but I’ll give it a chance.