Today no review – I’m on vacation :). Instead, I prepared a short list of recommended summer readings 😉

For when you have lots of time and still some inquisitiveness in you, after frying in the sun and drinking alcoholic beverages all day, or else taking care of overactive children (all in all, highly improbable, but whatever :P):

Robert A. Heinlein, The Moon is a Harsh Mistress (1966) – a classic sf tale, hard sf, with some landmark ideas of Heinlein and judged among his best works. An inexhaustible source of inspiration for literal hordes of writers and a must-read for every sf fan. Warning: demanding!

Joe Haldeman, The Forever War (1974) – another classic sf novel, the classic of classics of war stories, winner of Hugo, Nebula and Locus awards. Haldeman extrapolates Vietnam War into the far away future and space, masterfully showing all of its ugly faces. Ambitious take on philosophy and psychology of man, and a really good sf story in one. Demanding but very rewarding book. 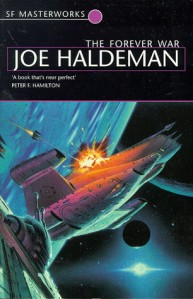 For when you are in need of something fun, light and easy on nerves, when your brain is fried but you still want to pretend that you damn well can read: 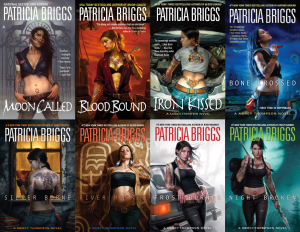 Ben Aaronovitch, Rivers of London series (2011 – present) – urban fantasy police procedurals set in London and whereabouts. Funny, slightly ironic, full of British humor and intriguing ideas (such as making Isaac Newton the greatest wizard of all times and an author of the most coveted book on magic).

And something else entirely, just because it’s great :):

Connie Willis, Time is the Fire: The Best of Connie Willis (2013) – it’s a tricky one, actually. I’m selling it as a lightweight, because these are short stories. As for the content, however, they are quite varied – from laugh-out-loud funny to slightly depressing or at least demanding some serious thinking through. From fantasy to sf, from a tribute to Agatha Christie to stories set in the Oxford Time Travel universe. But it’s a really great read, summer or not, and probably will get its own post one day. 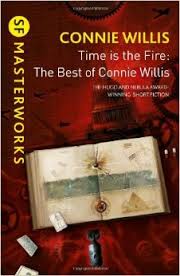